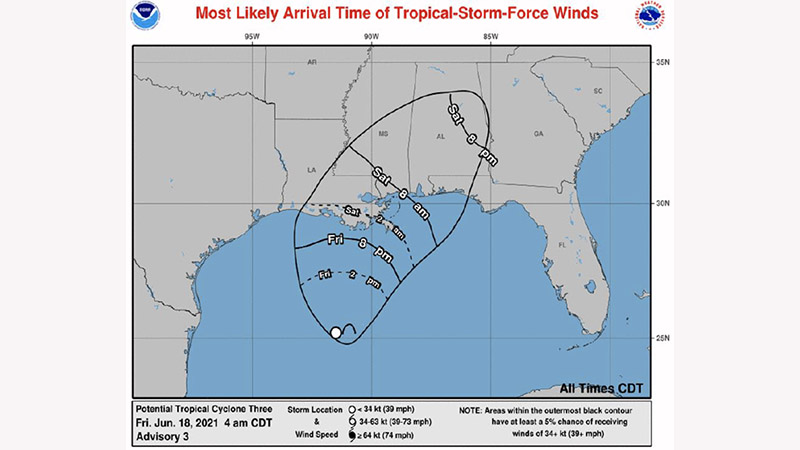 The National Weather Service in Mobile/Pensacola are warning of possible flooding over the weekend associated with a tropical storm developing in the Gulf of Mexico.

According to information released by the NWS on Friday, the system will be broad and impact a wide area. The biggest threat for inland Alabama will be minor flooding, but other threats include brief tornadoes and storm force winds of about 40 to 50 miles per hour.

The greatest threat to inland Alabama will begin on Saturday and continue into the nighttime hours. The forecasted rainfall expected for Andalusia and surrounding areas is about 4.6 inches. That total will increase to as much as 12 inches closer to the coast.

Residents and travelers should be aware of possible flash flooding through Saturday night. The most likely time of arrival of tropical storm force winds along the Alabama and Florida Panhandle is Saturday morning, but they could begin as early as Friday night.