Circuit Court Judge Charles “Lex” Short sentenced convicted murderer, James Benton Horn, 52, of Clay Street in Andalusia, to two life sentences, plus 20 years, for the June 2018 murder of Bruce Wayne Nelson, also of Andalusia.  Nelson’s charred body was found in the predawn hours lying next to his burned-out vehicle at his residence on Brooklyn Road.  An autopsy later revealed that Nelson had been shot twice in the face and stabbed four times.  District Attorney Walt Merrell remarked during the sentencing hearing that he had “never been involved in a homicide where the victim was shot in the face twice, stabbed four times and then set on fire.  This was pure evil.”  Merrell said that in an effort to find justice for Bruce Nelson and to protect the rest of society from James Horn, “I’m begging you to sentence him to the maximum sentence under the law.” 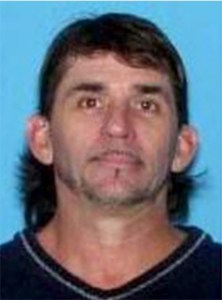 Nelson’s fiancé, Tomi Cox, testified as the victim’s representative at the sentencing hearing.  During the hearing, she cried as she talked of how “You (Horn) took our memories when you burned our house down, and you took our future when you murdered Bruce.” Members of the galley were visibly shaken as Cox pored through an emotion driven and heartbreaking testament to the loss she and her family suffered.

Horn also gave a brief statement to the Court wherein he maintained his innocence.

The trial of the case was had in May of this year.  During the course of the four-day trial, Merrell and Assistant District Attorney Nikki Stephens called various witnesses to prove the case against Horn.  The jury deliberated for approximately an hour before finding Horn guilty on all counts.

Cox thanked the DA’s Office and the Sheriff’s Office “for all the hard work and time put into bringing justice for Bruce.”  She also expressed her appreciation to family, friends and the community “for their support over the last three years.”  Cox described Bruce as hard-working and a loving father, brother and “Pa” to his grandsons. “He will truly be missed by his family and friends and those who knew him.  He loved serving his community.  He loved his family and he loved his life.”

Merrell expressed his appreciation for Stephens’ hard work and dedication to the case, along with the investigative efforts of all of the men and women of the Covington County Sheriff’s Office, the Alabama Bureau of Investigations, the State Fire Marshal’s Office, the Hopewell Fire Department, and the Andalusia Police Department, and he added that, “We can all sleep a little better at night knowing that a man as evil as James Horn will breathe his last breath inside the penitentiary walls.”