A fourth person has been charged with murder in the November death of an Andalusia man.

Frank Cortez McQueen, 41, was arrested in Escambia County, Fla., on a murder warrant issued by the Andalusia Police Department earlier this year. McQueen is charged with murder and with burglary in the first degree and will be held on a $1,150,000 bond when he is extradited to Covington County. 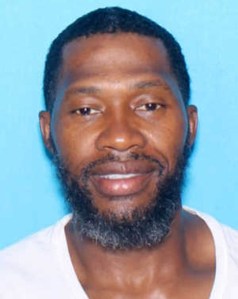 McQueen lists a Birmingham address, but also has been known to live in Evergreen, Hudson said.

McQueen is charged in the death of Micah Spenser Coon, 26, who died of a gunshot wound at his George Street residence in November. With his arrest, the APD has now arrested and charged six people in the ongoing investigation.

In January, Tyquise Jamal Jenkins, 23, and Courtney Lee Porter, were both charged in the murder, and remain in the Covington County Jail. Brittany Head, 22, also was charged with murder in the case.

Dora Ann Porter, 57, and Frankie Latisha McQueen, 42, the grandmother and mother of Courtney Lee Porter, also face charges stemming from the investigation. Dora Ann Porter was charged with two counts of hindering prosecution, which carried a $100,000 bond. Frankie Latisha McQueen was charged with one count of hindering prosecution and one count of obstructing a criminal investigation, charges which also carried a $100,000 bond. The charges are Class C felonies. Both made bail and were released from jail.

Chief Paul Hudson expressed his appreciation to the U.S. Marshals’ Service for their help in apprehending Frank McQueen. He said the investigation is continuing.