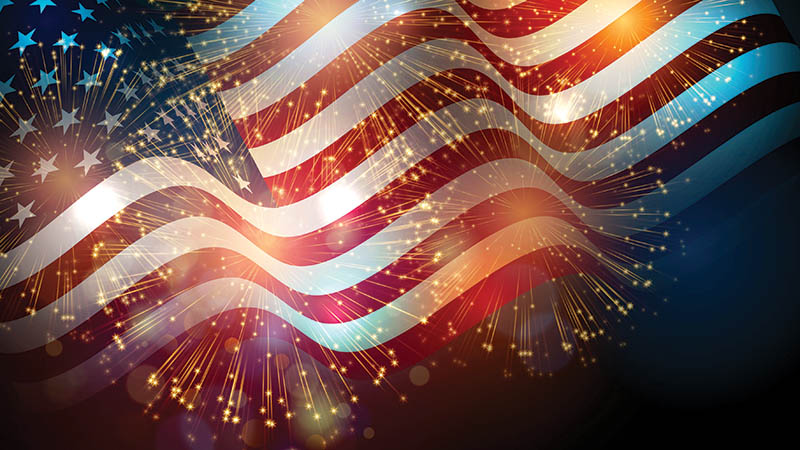 The Daughters of the American Revolution Old Three Notch Chapter is excited about the upcoming Fourth of July holiday as they prepare to host the annual Fourth of July parade.

The parade begins at 10 a.m. from the First Baptist Church down Three Notch Street and ends at the Central Street intersection. At dusk, the City of Andalusia is hosting a fireworks show at the Kiwanis Fairgrounds.

Brenda Gouge of the DAR invites the public to the celebration Saturday morning. “Anyone is welcome to be in the parade and there will be giant beach balls, beads, candy, and more. Bring your friends and family and be in the parade. You can also come to watch and catch a patriotic beach ball.”

Blocker was thankful to be recognized. “Our caregivers work hard all the time throughout the year and they do a lot for the community. I’m honored to have been chosen as a Proud Patriot,” he said. Davis is proud to be an American and receive this honor. “I believe in the values to which this country was founded on love, life, and the pursuit of happiness. I know the true values of our country and am very proud to live here in America.”

Philpott has a lot of pride and patriotism for his country. He said, “Anyone lucky enough to be able to come to this great country and be offered freedom should not be considered anything other than patriotic. Countless men and women have and continue to lay their lives down for us. I love this country and am honored for this recognition. God bless America.”

Covington Casket Company owner Alan Williamson was also grateful. “We started our business here in Andalusia in 1924 and are thrilled to receive this honor. In a time and age where our competitors are making caskets outside of the country, we make our products right here in the USA and all of them have an American flag attached to them,” he said.

Each Proud Patriot will receive a certificate from the DAR chapter and a spot in the parade. They will have a sign identifying them as a DAR Proud Patriot, which can be held in the parade and also be put in their front yard, according to Gouge. “Wear your patriotic colors and come join us in having a good time,” she said.

For more information about the parade contact the Old Three Notch DAR at 334-222-0347 or e-mail bgouge@centurylink.net.