Remember When: The Fourth of July through the years in Andy 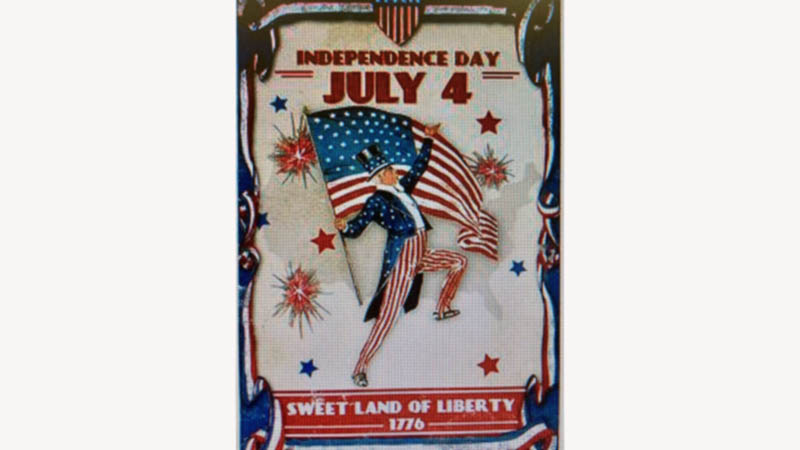 At Open Pond in 1946, The Andalusia Post of the V.F.W. sponsored a big celebration on this first 4th of July since the war. Transportation from the courthouse by bus was available beginning at 9:00 a.m., and tickets for the BBQ dinner was at a cost of only $1.00. It was announced that there was enough BBQ for 3,000 to be fed. All-day entertainment was provided culminating with the crowning of the “Queen of the Celebration” and prizes were awarded for the best fiddler. A band played on a platform for those wishing to dance, and motor boat races which were limited to 5 horse power were held. Games were held for the children. Fun galore was offered at the all-day outing for the general public. Andalusia and Opp semi-pro teams played on the baseball diamond made ready next to Open Pond.

A letter appeared in the July 9, 1936 edition of The Andalusia Star written by Inmates of the Covington County Jail.

“‘Breck Gantt for Sheriff,’ say the prisoners behind the bars of the CC Jail. Six fat hens were served along with a tub of lemonade and cake for dessert which was enjoyed by all with the exception of a few of the prisoners who wished it was some home brew. Pretty Boy Gunter could not hold as much as some of the rest. He never did anything to be put in jail to begin with. He just picked up a little piece of rope on his way to town one morning, and the Sheriff discovered there was a cow on the other end of the rope. Of course, anybody happens to an accident once in a while.”

“Yes, we guess we got a lot to be thankful for with the exception of T. Norris who says he is the bad man of the jail, and well, we guess he is. There ain’t nobody disputing his word so far. He just likes to get up early in the mornings.”

“We, the inmates, wish to express our gratitude and thanks to our jailers, Mr. and Mrs. Hudson and Sheriff Gantt, for the kindness and respect shown us, especially on the fourth of July.”

I Remember When there was a patriotic celebration held in the 1980s at the Andalusia Memorial Stadium under the covered area. It was sponsored by the City of Andalusia.  Everyone was donned in their red, white, and blue – those who performed and the many citizens who attended. There were patriotic songs sung and the First Baptist Church choir was featured in the song fest. The words of two of those memorable cantata songs from “This is America” have stuck in my mind. If you really want to enjoy hearing these songs sung, just Google the song titles highlighted below.

Happy 4th of July to you readers, one and all!