Charlotte Rogers loved watching children grow and making a difference in many young lives. Following a 28-year career, Rogers decided to retire from W.S. Harlan at the end of the school year. 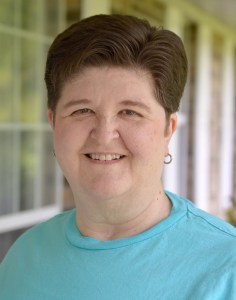 She was a secretary at the university level and also taught a wide variety of age ranges in lower and middle elementary.

“After working for 11 and a half years at Troy University, I taught for 16 years including second through sixth grades at W.S. Harlan Elementary School in Lockhart, Alabama.”

Rogers said her most enjoyable moment as an educator was always watching her students love learning. “I always tried to make learning fun and watching that ‘ah-ha’ look bloom on a student’s face was my favorite thing to see.” Being a positive influence to her students was something she also took pride in. “I hope I’ve been a good role model for my students and treated them with the same respect I desired from them. There are so many people now that, while they are giants in the public eye, are the furthest from appropriate role models as you can get. Moral values need to be evident in what children learn and not just in academics,” she stated.

Rogers said many changes occurred over the course of her career but one stood out above the rest. She said, “I think the biggest change has been our dependence on technology. There are certainly good things about technology, but sadly, I believe it is not allowing our children to learn how to think on their own. Critical thinking is sadly falling by the wayside.”

She developed a strong passion for one particular subject after teaching all of them in the beginning. “The first few years I taught, I had a self-contained classroom in which I taught all subjects to one class of students all day. Then, I began teaching multiple classes of only math. I never thought I’d love teaching math so much but it quickly became my favorite.”

While it will be an adjustment not going to school every day, Rogers has retirement plans laid out, which include her family and friends. She is also looking forward to having a relaxed time schedule. She said, “They will be my main focus. Even though I loved being a teacher, there are certainly many stressors attached and after a while, it can get to be a lot to handle.”

She acknowledged that it was a collaborative effort from many who attributed to her role in the teaching profession. “There are too many people to count. I have several friends and family members who have been my encouragement and support over the years beginning with some memorable teachers I had myself way back when,” she said. Rogers has so much to be thankful while building many relationships in the world of teaching. “I made some very good friends along the way that I wouldn’t trade for the world. I will definitely miss the students and knowing that I was impacting their lives in a positive way. Too many children don’t get enough of that,” she said.