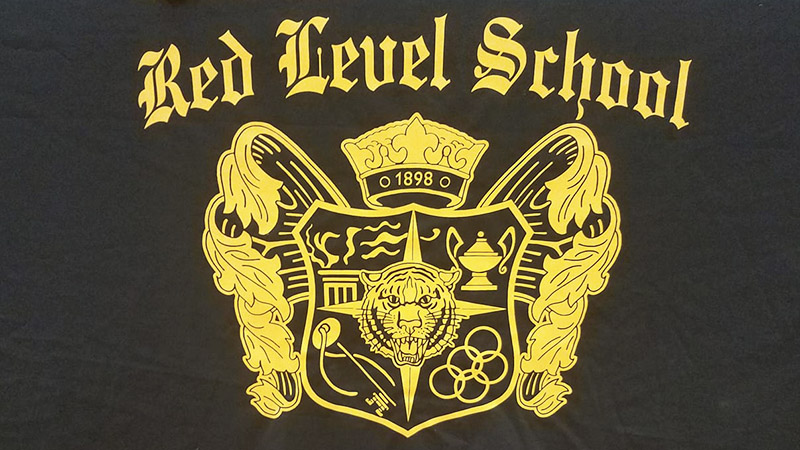 Morgan Mabry is passionate about music and performing so it is only fitting to have the opportunity of sharing that love with the community of Red Level.

She was recently hired as the director for “A Touch of Class” Marching Band. “Every year near the end of the school year, I look on the postings of the Teach in Alabama website and pick out ones I’m interested in applying for.” 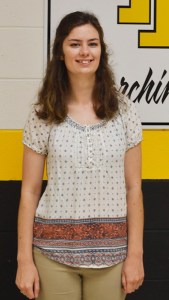 Mabry credited RLHS Principal Randy McGlaun for being the first person to reach out to her. “He called me and said he would interview with me so that’s exciting. When I came to visit, he told me he really cared about filling the position and I jumped on it. That really stood out to me because most of the time, they wait until later in the process to find the perfect candidate. It showed me they care about the program and wanted to determine who could be the best fit,” she said.

Mabry is originally from Mobile but also has roots from the Lone Star State. “I grew up in Texas and my family moved to Mobile when I was in the fourth grade. I am basically an Alabamian and had all of my band experience in Mobile.” She graduated from Auburn University in December 2019 and holds bachelor’s degrees in Music Performance and Music Education Instrumental and Vocal K-12.

She really likes the family feel that Red Level offers. “My band always felt like a family and I’m excited about the parents who really support the things their children do in school along with their passions. The staff is also very friendly and has already reached out to me offering to help if I need anything. I like people who really care about their job and have the passion for it.”

Coming from the Mobile area to Red Level will not be too much of an adjustment for Mabry. “I lived closer to the Mississippi line in Wilmer, Alabama. It is a little more like this and it would be a much bigger adjustment going somewhere like Birmingham.”

A 2015 graduate of Mary G. Montgomery High School, Mabry explained how the school was not as big then but had a similar feel to a small town. Despite this being her first time leading a program, she has worked with other band directors. “I helped some with their camps and seasons while also doing band through my internship. Within the college, they would sometimes let us conduct and run rehearsals to give us that experience.”

She first joined the band in the sixth grade and played different instruments throughout high school. Her first selection was the flute, which she still plays to this day. When she began her freshman year of high school, she played flute in the marching band and was then offered a chance to play guitar. “We were going to have an indoor drumline ensemble and needed a guitarist because we were going to play Pink Floyd.” Fittingly enough, Mabry said her grandfather had just bought her a guitar and she thought it was a good opportunity to learn. “I went and learned the whole entire solo but they ended up cancelling it all,” she explained.

Despite missing out on the guitar, it led her to the trombone. “During the last week of school at practice, we were working on some music before the fall. I was playing the flute at that point and was told we had 18 flute players and only seven trombone players.” Mabry said she learned the trombone over that summer with her band director and played it until graduation.

She said she liked both instruments and the type of music would depend on which one she favored more. “In college, I played in pep band, marching band, jazz band one and two, and trombone choir. I played the flute in orchestra and symphonic band, ensemble, and woodwind quintet. Occasionally, I played the piccolo in jazz band,” Mabry explained.

She has a simple message in order to achieve success at Red Level: always do your best. “That is something I really think is important. I do not mean pushing yourself too far but rather set yourself up for success and do your best with what you can. Your hard work will show soon after. If it is all fuelled by your passion and drive to be the best possible, that’s really all it takes.”

Mabry also thanked Assistant Principal Joseph Carter and former band director John Bell for their help. “Along with Mr. McGlaun, Mr. Carter and Mr. Bell really helped me feel secure and interested in this position,” she said. Her parents Mark and Andrea Mabry have been supportive. “They both constantly help me and were a little hesitant at first because they thought I had options other people might not have when I chose to do education. They were worried about the pay at first but are confident now I can be successful. The pay is not always everything. I think the impact I have on students is much more important and is something to get back from this job.”

McGlaun is absolutely thrilled about his new band director. He said, “The loss of Mr. Bell as our band director will definitely be felt, however, besides graciously offering to assist us any way he can, he also agrees Ms. Mabry is an outstanding addition to our faculty. We are beyond excited to welcome Ms. Mabry, as she will bring a wide range of talent and knowledge to our growing band program. She has already hit the ground running with a student-parent meeting as well as scheduling our summer band camp. We look forward to great things in the future and can’t wait for their first performance.”

Mabry’s first show at Red Level will have a dance theme. “The opening will be ‘Dancing Queen’ and follow into ‘Shut Up and Dance’ before we close with ‘I Wanna Dance with Somebody.’ There will be lots of opportunities for the kids to have some dance breaks. I am going to let them name the show for a little ownership since I picked all the songs out. I just feel really comfortable here and am ready to get started,” she said.