Zavier Phillips and Walt Spurlin both have a love for baseball and always look forward to the competition. The two rising seniors earned an opportunity to play in the Alabama Baseball Coaches Association All-Star event at Troy University earlier this summer.

Juniors and seniors across the state were chosen from nominations. “Coach (Mike) Cassady nominated me because I pitched for him last season when he needed me to,” Spurlin said. Phillips was unsure of who nominated him but said he received a call when he was selected. 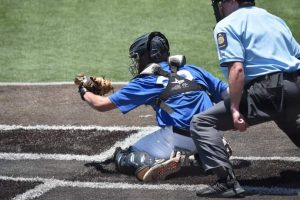 Both said they really enjoyed being a part of the competition and were grateful to have the experience. Phillips said, “You get to meet a lot of great people there. You get to learn different things from new people and make a lot of new friends to keep up with for a long time. Coming from a small county and rural area in Alabama, you get to see a lot of great athletes you typically wouldn’t see around here.”

Spurlin said he had a great time bonding with his teammates. “We didn’t have a lot of egos on our team and all fit in well. It was obvious we were the most bonded team out there. It was a great team and I really enjoyed being a part of it. This experience gave colleges to look at me because I want to play at the next level. I feel like it was a great way to showcase myself,” he said.

They said they learned more about themselves after participating in the event. Phillips said, “I realized that I needed to put a lot more work in to keep up with others. I got up there and they put me in my place real quick.” Spurlin added, “While I was there, I feel like I am mentally stronger than I thought I was. Some of the things that happened showed me how much stronger I’ve become.” 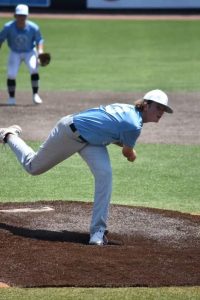 Pitcher Walt Spurlin stares down a pitch to the plate.

Both are excited about entering their senior year. Phillips has been playing baseball since he was 9 years and old and has always been a catcher. He said, “It will take a lot of hard work and dedication to become the athlete I would love to be. I hope to go into my last year looking for a state championship.” Spurlin has been involved with the sport since he was 5 and is taking this opportunity as motivation for his last year of high school. “I want to use it to work harder and get better every day. I want to work hard the rest of the summer and into the fall as I keep going next year.”

For more information about the ALABCA contact Executive Director Barry Dean at 334-676-0434 or barrydean@alabca.org.