It has been a tough journey for 8-year-old Andalusia resident Levi Garrett who has craniofacial issues. These had never been addressed since he was otherwise healthy. 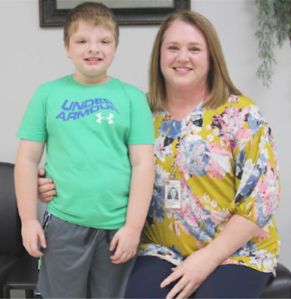 However, complications with his vision and headaches led to a visit to an optometrist who referred him to an ophthalmologist.

He was diagnosed with exotropia at age 2, and his poorly controlled eye muscles would lead him to have strabismus surgery.

In 2019, doctors also diagnosed left nasal obstruction with suspected frontonasal dysplasia with exorbitism and strabismus. Since his left nostril was completely obstructed, doctors determined it would need to be repaired. An eye surgery would also need to be completed separately.

Because of COVID-related closures, the surgery could not be completed until May 5, 2020, and it was going to be expensive. Fortunately, the Children’s Rehabilitation Service’s state office assisted with payment for the surgery since all doctors involved in were CRS vendors and would see Levi in the CRS clinic for follow-up visits.

“There was a lot of care coordination and getting him with the right doctors who knew what to do,” she said.

Complications arose with an infection, but Levi, true to form, battled through and was cleared to return to school in August. This is no small feat considering the surgery required much of his face to be reconstructed and his eyes shifted. 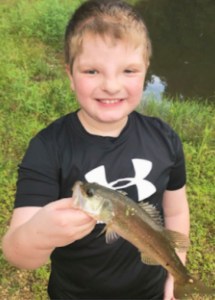 After numerous surgeries and a long recovery, Levi Garrett is finally able to get back to the hobbies he loves, one of which is fishing.

His mother now works at the Andalusia CRS office where she and Brandi have an opportunity to discuss Levi’s future often.

Thomasson said Levi’s treatment and recovery has been a team effort between the Andalusia and Mobile offices. Mobile initially had Levi’s case before the family moved to Andalusia.

“We’re so proud that even with everything he has faced he has been a trooper,” she said.