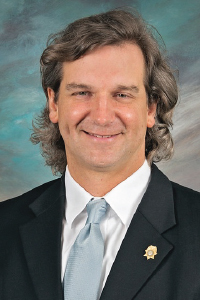 The ADAA’s membership is comprised of every elected District Attorney from the State of Alabama with each having a vote in the Association’s affairs. The ADAA mission is “to create safe communities, provide assistance to crime victims and advocate for excellence in the legal system.” Merrell was elected to his second term on the Executive Committee, which is the leadership arm of the Association.

Executive Director Barry Matson had high praise for Merrell. “Walt Merrell is a difference maker. His leadership is greatly respected and appreciated throughout the Association, as evidence by the fact that he not only has been twice elected to this statewide position, but he has also been appointed as Chaplain for the entire state by the last three Association Presidents. Covington County is fortunate to have such a caring and dedicated District Attorney,” he said.

“Covington County is fortunate to have a District Attorney of Walt Merrell’s caliber. Clearly, prosecutors across the state agree,” said Darlene Hutchinson Biehl, a notable crime victims’ advocate from Alabama. Biehl recently served three and a half years at the U.S. Department of Justice in Washington D. C., having been appointed in 2017 by President Donald Trump as the Director of the Office for Victims of Crime. “I’ve been so honored to work with Walt for many years, and I have witnessed his tremendous compassion for crime victims and his unrelenting pursuit for justice. Walt is a man of great integrity who has played an active role with vital programs like the local Child Advocacy Center, and who has also helped develop important and innovative solutions that are beneficial to the community, such as the Treatments Courts program.”

“I’ve personally seen how Walt’s dedication extends even beyond the borders of Covington County,” Mrs. Biel added, “as he’s worked tenaciously with other officials to improve Alabama’s criminal justice system through policy initiatives, legislative action, and best practices. Alabama is a better and a safer place with prosecutors like Walt Merrell, and I’m grateful for his willingness to serve.”

Merrell said, “I am honored to serve on the ADAA’s Executive Committee. It is an important position to serve in, as the decisions made by the ADAA have an impact locally on the people of Covington County. I hope, by now, that the folks from Covington County know that I am ‘law and order’ and ‘compassionate conservatism’ wrapped up into one bundle, and I will carry those same values into this position as well.”

When asked if this election to a statewide post would pull him away from his local duties, Merrell was confident that answer was no. “This Committee meets once or twice a month, and all of our meetings are digital.  I meet with the other members of the committee through my computer and from my office. The obligation takes very little time away from my other duties here at a local level.”

“I’ve known for some years that a vital function of service to the people I represent is at the statewide level. Many ideas that one day become law originate in the ADAA Executive Committee. Good ideas become good laws. It is important for the citizens of rural Alabama and Covington County to have a voice at these crucial beginning stages of policy making,” Merrell noted.  “I am thankful to my fellow DAs for placing their faith in me, and I look forward to what the year to come holds.”