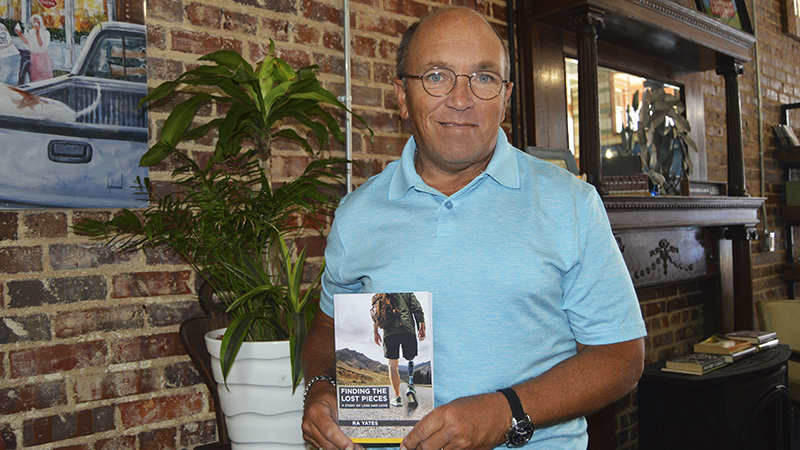 Ronald “R.A.” Yates made the most of unfortunate circumstances when he lost his leg and turned to writing as therapy.

He is beginning his 28th year in education. He is a science teacher at Pleasant Home School and has taught chemistry, anatomy, biology, and occasionally middle school science for the last 18 years.

Yates said he was at home recovering after having his leg amputated in 2019. “I started to write about a day that all teachers have at the beginning of the school year called Day 1 Meeting. I started writing a narrative of what happens and then suddenly, it started to pull into other stories and turned into a novel. It took two years to write because I was teaching at the time, but I wanted to catch all the beach readers this summer.”

He enjoys writing about several different subjects and chooses to go with his surroundings and things he is familiar with. “I have read articles about aspiring authors who say to find something you already know. I use that as a baseline to write, so I know about having been in the military, being a teacher, being an amputee, and living in the South,” Yates said. “Most of my stories are based around Andalusia or Alabama as a whole. I also pull sources from New Orleans and the beaches of northwest Florida, where I try to spend a lot of time.” He served for 3 years as a medic in the United States Army.

He learned a lot from his first novel entitled Finding the Lost Pieces. Yates said it has done well and was the number one release for a weekend. I’m still publicizing it and have opportunities for book signings at local libraries and coffee shops. I’m trying to increase my social footprint. As an amputee, it was therapy for me. I don’t have a background in English, so I’m learning as I go. I want to be familiar with my topics and base the contents on those. I reach out and seek help from those who write every day.” Yates said Amazon places his novel in the alternative families genre although it is like an adult contemporary fiction story with romance as the backdrop.

In the book, the main character Jack leaves Andalusia and his best friends behind to enlist in the United States military. Yates said, “The story talks about a young man who attended Falco High School. When he and his best friend joined the military, they left their girls behind. While in the military, he tries to break up a store robbery. In doing so, he got shot and lost his leg. He feels a sense of shame and tries to return home but doesn’t want to face what’s coming.” He explained how the front cover does not match a typical romance story. 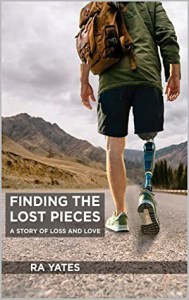 Yates said he had a knee replacement several years ago after breaking his leg in regards to his amputation. “I think there was already an infection there. When they went in to replace my knee, they woke it for lack of a better word. I spent the last four summers having knee surgery until the doctor said it was spreading. He told me they thought it would be best to amputate my leg.”

According to Yates, signing other documents was nothing compared to the one he had to do for his leg. He said, “I signed papers in the military and for several mortgages. However, when you sign a piece of paper saying it’s okay to cut my leg off, that’s a lot of pressure. On the upside, two days later, one of my church pastors said my color looked better and that I was pink again.” He said he goes to Pensacola for his prosthesis. “I used the clinic as a way to reach other people through my book.”

He was concerned the PG-13 portion would be too much for some readers, but many of his students at PHS did not have a problem with it. “I’ve had people tell me that wasn’t the case, and it was tastefully done. It was done in such a way where it’s not too detailed, but you get the gist. I know things could be better, but I’m satisfied with it. I’m working on my second one now and hoping to have it out by next summer.”

He plans to write several more novels, but the time involved is a key factor. “I don’t know how long this is going to last. I know I can do the second one and haven’t even started thinking about the third. I also teach an online class and can only devote so much time to this endeavor,” he said. When he holds book signings, it allows him to reminisce with family and friends he hasn’t seen in some time. “I have former students and even family show up. It is sort of a reunion in that aspect and always a pleasure to catch up.”

Yates lives in the Carolina community with his wife of 33 years, Donna. They have two children: 26-year old Evan who is married with two daughters and 22-year old Abi. His next book signing will be Tuesday, August 3 from 11 a.m. until 1 p.m. at the Opp Public Library.

For more information contact R.A. Yates at 334-343-2663. “I feel blessed because losing my leg helped me find my life again. It’s tough but I’m able to enjoy things and write about them,” he said.