Marvin Wendell Grissett died August 3, 2021, after living a wonderful 85 years. He was born April 29, 1936, in Andalusia, Alabama. He spent a poor but carefree, often barefoot youth in his rural hometown, with a childhood that sounds like a Mark Twain short story — replete with tales of stealing eggs from his mother’s henhouse to trade for Pepsi Cola and Moon Pies with the traveling grocer. He was known as Wendell in childhood (and whenever visiting Alabama). 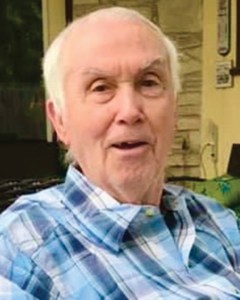 At age 18, he intended to join the Navy and follow in his brothers’ footsteps, but the recruiter was gone to lunch when he made the walk to town. True to his easygoing nature, he walked next door and enlisted in the Air Force instead. He never regretted the decision, and thanks to military protocol began answering to Marvin. His time in the service took him all over the world — Korea, the Middle East, the Pacific Theater, North Africa, and throughout Europe — burnishing the tales this natural storyteller loved to share.

He met his wife of 62 years, Paulette Therése Villáin, on a blind date in Paris while serving in France in 1958. They eloped in Casablanca, Morocco, and started their family after he transferred to an air base in Pensacola, Florida. After Pensacola, they returned to Paris, and from there he was stationed in Colorado Springs, Colorado. He served many years at Randolph AFB, and retired in San Antonio.

Marvin retired from the Air Force and managed the Officer’s Club at Brooks AFB. In the congenial setting of the “O Club” his moniker became Marv. Holding court behind the bar, he exchanged stories with four-star generals, nurses, researchers, and everyone in-between – members of the extended military family that enriched his life and comprised an eager audience for his gentle Southern drawl, occasionally bawdy sense of humor, and never-ending yarns.

He’d answered to Wendell, Marvin, and Marv in his lifetime, but his favorite honorifics were Daddy and Papa. The tales of his youth and adventures live on in the grateful memories of his family. He is survived by his wife Paulette, children Deborah Gonzalez and partner Dennis Bass (San Antonio), Brenda Mallery and husband Dave (San Antonio), Beverly Lowry and husband Bill (Dallas), Derek Grissett and husband Scott Matthey (San Antonio); grandchildren Courtney Gonzalez, Kendall Gonzalez, Creed Lowry, Case Lowry, and Kemper Lowry; and sister Helen Jean Blair (Andalusia). He leaves behind many nieces and nephews. He was preceded in death by his son Craig Anthony Grissett; parents Mary Catherine Hutcheson and Hubert Lee Grissett; and brothers Harold, Don, and Wayne.

A memorial service and interment will take place at Fort Sam Houston National Cemetery, Tuesday, August 17, 10:45 a.m., where Marvin will be interred with full military honors.

Donations in his memory can be made to The Brooke Army Medical Center Fisher House (www.fisherhouse.org) an organization supporting military vets and families for which Marvin raised money while at Brooke AFB, Wounded Warrior (support.woundedwarriorproject.org), or to any cause supporting the military veterans that have secured our freedom. And he’d want you to remember him by sharing a story, a laugh, and maybe a shot of Bailey’s in your coffee.

Rest in peace, Daddy – we will miss you.