The call actually wasn’t a call, but an email. And it wasn’t so much news for Cathryn Wilson Gibson, but more of a 10-word affirmation.

“Cathryn, we are honored you are voting for the award.” 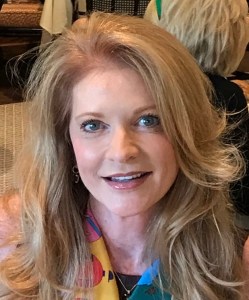 Her bright smile eclipsed the computer screen announcing the news.

That email from the Tallahassee Quarterback Club Foundation announced that she had been selected as a voter for the Fred Biletnikoff Award. Now in its 27th year, it’s an annual prize to acknowledge the nation’s most outstanding receiver. Gibson — a 1980 alumn of Andalusia High School — is now part of an electorate composed of 630 media and former players who spend the season monitoring the passing game. That body whittles down a preseason watch list of about 50 players to a handful of finalists and, eventually, a winner.

“It just means finding the best receiver in the country to me — simply put,” said Louisville head coach Scott Satterfield. “As teams are throwing the ball more, there are more opportunities for those guys. But in the end it still comes down to who is the best and Biletnikoff identifies that.”

For Gibson, it also confirms that her post-50 transformation has been worth it and her devotion to college football has been recognized.

After all, this isn’t the path she chose when she graduated from the University of Alabama in 1984 with a communications degree. Because shortly after leaving Tuscaloosa she embarked on a nearly three-decade career in the world of energy cooperatives, crafting messages and implementing customer-friendly initiatives for folks from Alabama to Kentucky.

Even this latest development wasn’t part of the plan when she made a mid-life shift in 2012. That’s when she became vice president of public relations and corporate development for LM Communications, overseeing its branding and messaging at outposts in Kentucky, South Carolina and West Virginia.

And the one constant during her transition was her passion for college football.

“What’s not to love? It’s exciting and today it’s a lot like politics,” Gibson said. “There is so much passion, especially in rivalry games. There are so many things that happen in college football that are unscripted. I absolutely love college football.”