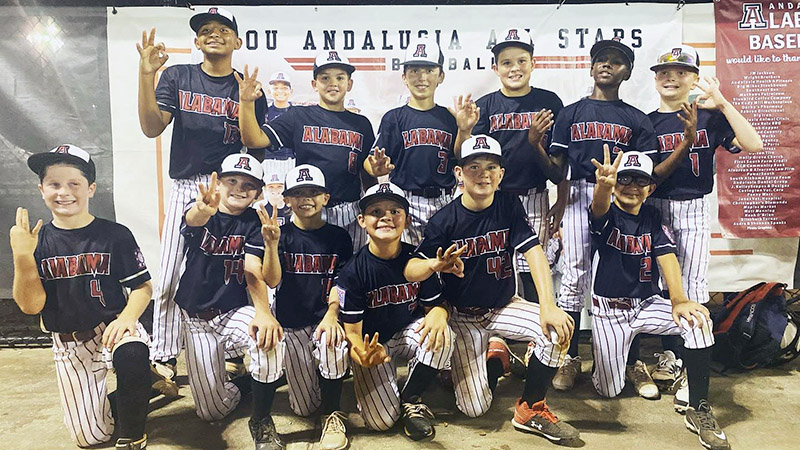 The Andalusia All-Stars are blazing a hot trail through the 10U World Series in Laurel, Mississippi, where they are representing the State of Alabama.

The squad remains undefeated and has advanced to the semi-finals where they will play Georgia at 7:15 p.m. Wednesday night.

The Andalusia squad continued its winning ways in the third round with a 9-5 win over South Carolina. In the fourth round, Andalusia overcame another deficit, this time by four runs in the opening inning, and knocked off Texas by the same 9-5 score.

The tournament is double elimination. As of Wednesday morning, there were four teams remaining: Alabama as the lone team remaining in the winners’ bracket while Georgia, Texas, and Louisiana are battling through the losers’ bracket with one loss each.