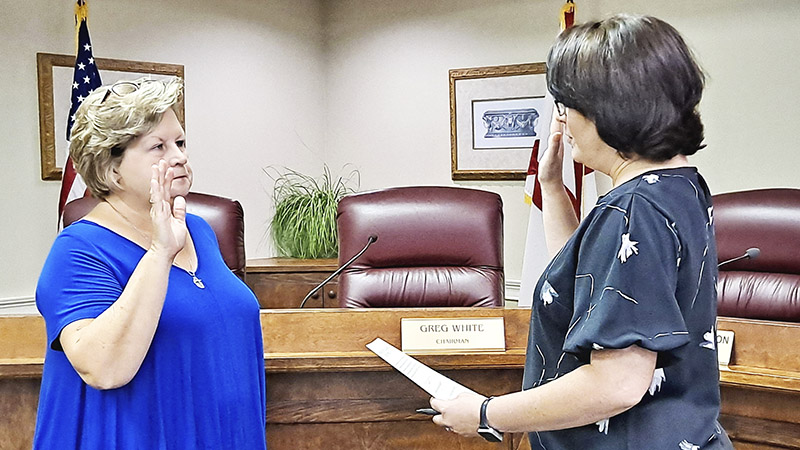 Laura Weaver is sworn in as a member of Covington County's Board of Registrars by Probate Judge Stacy Brooks.

Weaver’s term began with her swearing in on August 12 and will end on Sept. 30, 2023.  Her appointment was made by Alabama State Auditor Jim Zeigler. She joins two other Registrars that serve Covington County – Buddy Wilkes (appointed by Gov. Kay Ivey) and Cynthia Powell (appointed by Commissioner of Agriculture Rick Pate). 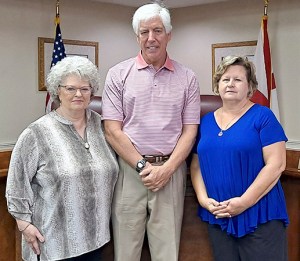 The Covington County Board of Registrars are, from left, Cynthia Powell, Buddy Wilkes, and Laura Weaver.

The function of the Board of Registrars is to administer voter registration in the county. The Registrars’ function is vital to Alabama being able to conduct fair and impartial elections. They work closely with the Covington County Probate Judge and the other election officials throughout the year, and especially during each election cycle.

Registrars’ duties include keeping voter records updated, and removing voters who have moved or died or otherwise become ineligible to vote

They also maintain voter files that are utilized by municipalities for the conduct of municipal elections.