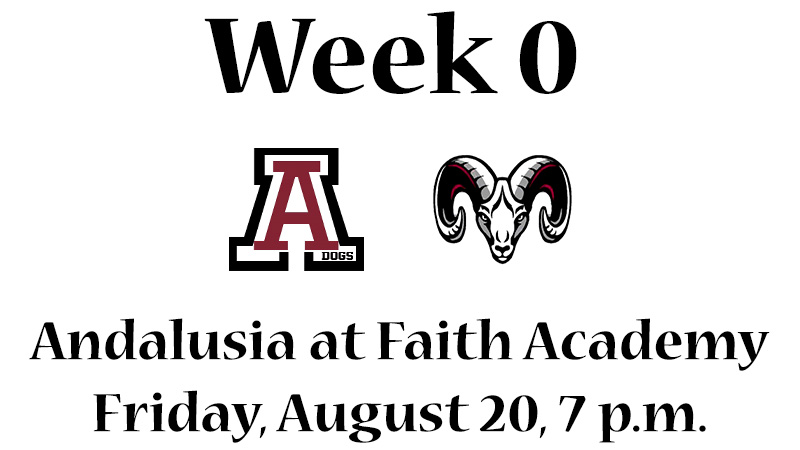 Veteran head coach Trent Taylor enters his 34th season overall and seventh year for the Bulldogs. Taylor comes into the 2021 season just six wins shy of 250 total for his career.

“We were a little shaky the first part of the week but had good days last Thursday and Friday. I thought we simplified some things and even though the temperature was brutal, our kids did a good job of handling it. I felt like the attention to detail was where it needed to be. As you go into the first one, there are obviously going to be a lot of unknowns. We are going to continue to work this week, try to make some progress, and see what happens,” he said.

Taylor said his team has a big first-game challenge against Faith Academy.

“They’re ranked number two in the preseason poll and had a great year last year. They got beat in the semi-finals by St. Paul’s, the eventual state champion. Coach (Jack) French does a great job and has had a lot of success everywhere he’s been. He coached most of his life in Mississippi and retired from there before coming to Alabama. He’s had a few stints in the state and has been successful. Once he got the job at Faith Academy, it was just a matter of time. He probably did it quicker than he would have imagined. They’re a really good football team.”

French is at the helm of the Rams for the fourth straight year.

Faith Academy prevailed 10-9 in the first meeting between the two teams last season at Andalusia.

“We had a great ballgame with them last year. As a matter of fact, it came down to the last play of the game. I don’t think this year will be any different, and hopefully, we can hold up our end of the bargain,” Taylor said.