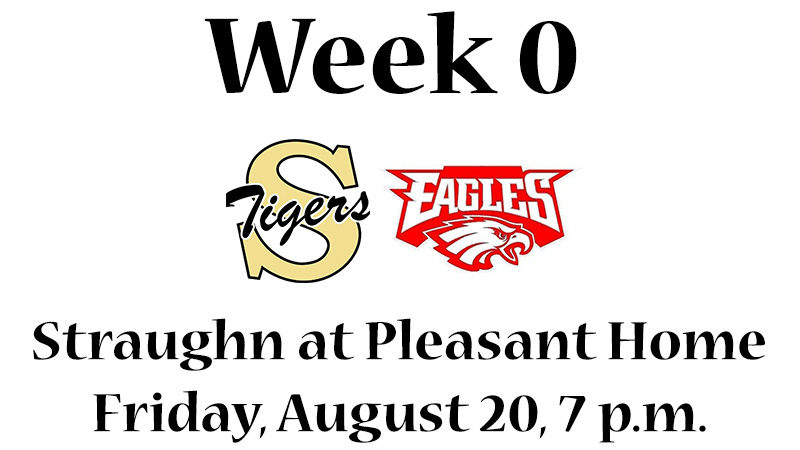 Ashley Kilcrease returns to the sideline after five seasons in Brantley and leads the Tigers against Jeremy Silcox who debuts as head coach for the Eagles.

Kilcrease said, “I am super pleased with our progress at this point. The guys have worked really hard, and we are excited about Friday. We won’t really know much about ourselves until we line up against someone else.”

Although he faced Pleasant Home during his tenure at Brantley, he knows very little going into this season. “I do know they have very good numbers. Coach Silcox and his staff have done a great job building excitement for their program. We know they will be ready to go,” he said.

Silcox added, “I really believe every coach feels like his team is not well prepared prior to facing a different color uniform. It is hard to gauge where we are. I feel the energy has been exceptional, and the kids are excited. We just want to be better tomorrow than we are today. We also emphasize playing as a team and a family.”

He stated Straughn would give his team a great idea of where they are. “They are a 4A team with a great tradition. I know they will be a major test for us, and it should be interesting to see where we are as a team. We expect a large crowd, and many teams are either not playing or are out of town. This is also a huge game as it is a county game. Coach Kilcrease will no doubt have his kids ready to play.”

The two teams meet for only the fourth time as Straughn holds a 3-0 record against Pleasant Home, which launched its football program in 2000. The Tigers won 36-0 at home last season and have outscored the Eagles 104-27 in the past three matchups.