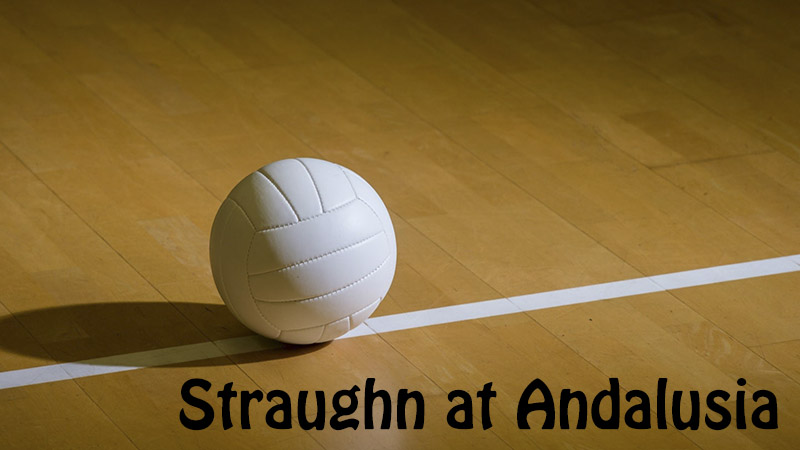 AHS Head Coach Angie Grimes said she was excited and looked forward to this year. “This team has such good chemistry, and they stay so positive. I’m hoping they will carry this through the season. We’re actually running our offense better than we have in years, and I’m so pumped about that. I think the girls are excited, and it was really hot in here tonight, which was a challenge. It’s all about overcoming adversity, and they have done that. We were ready to play, and I’m excited about our next home match, which will be Senior Night against Opp next Thursday (August 26).”

SHS Head Coach Deidra Burleson felt her team did not show up the way they thought they would. “We’re not going to make excuses about anything or even the heat in here. We let ourselves get in our heads. We didn’t play like we know we can, so we’re going to fix it and come back stronger,” she said.

Both teams split the first four points of the match before Whitney Warren gave the Bulldogs a 3-2 lead. Ella Grace Wood evened the score at 5-5 with an ace. The two rivals continued to go back and forth. Wood gave Straughn its first lead at 11-10 with a kill, but Ashland Kelly also blistered one as Andalusia retook a 14-13 advantage. Kate Day swished an ace while Warren tacked on another kill during an 11-2 run to close out the opening set.

Andalusia continued its hot start with a 3-0 lead in the second set. Straughn rallied to grab a 4-3 margin on the strength of a kill from Hannah Albright. The Bulldogs were not fazed and took a two-point lead before consecutive kills by Alyssa Richardson and Wood knotted the score 8-8. Kelsey Kelley gave the Tigers a 10-8 lead with a mighty kill. The home side grabbed the momentum back with 15 of the next 18 points to build a 23-13 lead. The visitors did not go quietly and used 6-1 run to trim the deficit to five. A service error ultimately ended the frame.

Katelyn Dewrell began the third set with a majestic ace, but Zion Williams tied the score at 2-2 with a kill. The Bulldogs then took control and built a 7-4 lead. A.J. Singletary sliced the gap to 7-5 with a kill. Ora Hall notched back-to-back aces as the Tigers tied it at 9-9. Once again, Andalusia had a response and opened up a 15-11 lead. Wood and Albright kept Straughn close with a pair of kills. Warren pushed the advantage to 19-16 with another kill, and Anna Duffy stretched the lead to 22-18 with an ace. Dewrell tied the score at 23-23 with an ace as the final two points ended the contest.

Kelly led AHS with 5 kills and 10 digs while Warren tallied 4 kills and 3 digs. Duffy scored 5 assists and 2 aces as Sarah Beth Grimes checked in with 4 assists and 3 digs. Adeline Fischer, Williams, and Grimes also contributed to the team with 1 block each.

Wood paced SHS with 6 kills and 1 ace as Albright added 4 kills. Carlin Bates and Wood shared the team lead with 3 blocks each, and Dewrell added 3 aces with 13 assists. Singletary had a balanced effort with 2 aces, 2 kills, and 2 digs.