For 73-year-old Brenda Bailey, “better late than never” is not just a common saying as she received Dean’s List honors at Ultimate Medical Academy.

She received a certificate from UMA recognizing her 4.0 cumulative GPA and has hopes to graduate with her degree in January 2022. 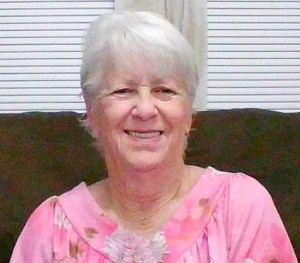 Brenda Bailey returned to school where she is studying medical coding and billing.

Bailey said she saw an advertisement for UMA, and it piqued her interest. “I went and called them to inquire about it. I’ve been wanting something I could do at home, and I’m in the medical billing and coding program. There’s a very high demand for it, and every doctor’s office I go to claims they are needing people in the field. I just decided to do it because I love to go to school. I wanted to do something I could be proud of and have been working really hard at this one,” she said.

When she was in high school, she stated she did not apply herself. Bailey said, “I was that type of kid who didn’t care about being in school. I didn’t realize how important it was.” She also said she went to nursing school midway through her life before unforeseen circumstances set her back. “I went through a terrible divorce and thought the world had come to an end. When my husband left, I quit everything. I only had a quarter left of LPN school. I pretty much quit living for a couple of years.”

Bailey felt like the unfortunate news of her divorce awoke her and saw a big change in her life. She stated, “I was reborn and went back to the church where I’ve been ever since. The Lord has really blessed me, and I’d keep you on the phone for weeks if I could tell you everything. I’ll graduate in January hopefully and try to get a little job. I don’t want to make too much money because I worked hard for Social Security when I was at Shaw Industries. It’s one of those things that if you think too much about it, you won’t do it.”

Her mother and daughters-in-law were some of her biggest inspirations. “One is an ultrasound technician, and the other is an RN. Being around them makes you want to do something like this. My mother worked in a hospital for over 30 years as an administrator. I was around it growing up, and it grew on me especially when I was little. Back in the day, they would let me in places children don’t typically get to go in now. I learned a lot and would go back to nursing school if I could.”

For someone her age contemplating on going back to school, Bailey said she would simply tell him/her to go (for it). “I’m 73 years old and may die tomorrow, but these young people could go, too. You never know when the Lord is going to take you. I could live another 15 or 20 years, but I’m not a rocking chair granny and don’t like to do that. I like being with my grandchildren. I’m really proud and excited to be doing this.”

Bailey received a Pell Grant in order to complete the program. “Even though it’s online, I’m meeting some of my classmates.”

After finishing her degree, Bailey said she would like to get a job a few days a week. “I want to do something and would almost work for free,” she said.

This opportunity means a lot to her. “I really enjoy going shopping with what I get every month after paying all my bills. I didn’t want to but went out and bought a new car after my other one tore up. I now have a car payment and am stretched but want some extra money if I want to go to Kentucky or Jasper, Alabama, to see family. I would like to have a little bit of extra income,” Bailey said.

Ultimate Medical Academy is an online school based in Tampa and Clearwater, Florida.