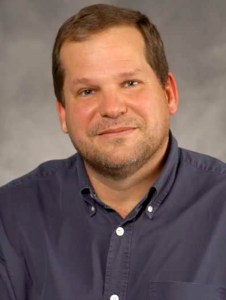 Buzz was born in Andalusia, Alabama on September 22, 1959 to Dr. Charles Brunson Jr.and Jonell Boyette Brunson.  He is survived by his sons, Charles Matthew “Matt” Brunson and John Ross Brunson (Abigail), both of Andalusia along with sisters, Eva (Lindy) Tackett of Atlanta, Georgia and Stephanie (Joe) Mack of Nashville, Tennessee, along with a large extended family and friends.

A 1978 graduate of Andalusia High School, Buzz enrolled at the University of Alabama and maintained his love for the University for the rest of his life.  Buzz worked offshore in the Gulf of Mexico until he recognized the beginnings of the internet information age and opened a computer sales and repair business in Andalusia.  Buzz supplied computer systems and networks to numerous companies in South Alabama while also
providing prophetic wisdom along with an amazing (and sometime irritating) depth of trivia on many subjects.  For several years he worked in Dothan and Huntsville as a corporate call center technology expert before returning to Andalusia to care for his sons and work on the morning WAAO radio and TV show.

Anyone familiar with Buzz knew he had immense love for Matthew and Ross and he intentionally adapted his life choices so he could care for them as a single father.  Buzz was extremely happy to have the company of his sons in the last years of his life and their presence was a tremendous comfort to him as he fought the ravages of his cancer.  Long-suffering in life, business and love, Buzz never lost his off-kilter humor or his ability to rattle off an obscure joke or fact to make light of his troubles or those of his friends.  Buzz had a healthy and comic suspicion of government, and when questioned about any conspiracy, was fond of saying, “Humpty Dumpty was pushed.”  Whenever Buzz met someone with a loving Christian heart, he was compelled to unloose his love for Christ together with his prophetic beliefs.  While the effect of this outpouring varied, Buzz’s passion was always to inspire the listener with his love for Christ and the Father, and his desire for a better Country and World.

Funeral services will be at 2:00 on Wednesday, September 1, 2021 at Foreman Funeral Home Chapel with Brother Chester Watson officiating. Visitation will be one hour prior to services. Interment will follow at Andalusia Memorial Cemetery.  Pallbearers will be T. J. Scarborough, Allen Woodard, Tripp Bass, Blaine Wilson, Jeff Watson, and Phil Gilmer.  Honorary pallbearer will be Willie “Potsy” Watson.  The family thanks Hattie Lawson, Wanda Anderson, Jessica McMeans and Caprica Parker along with the nurses at Comfort Care Hospice for their excellent care of Buzz.