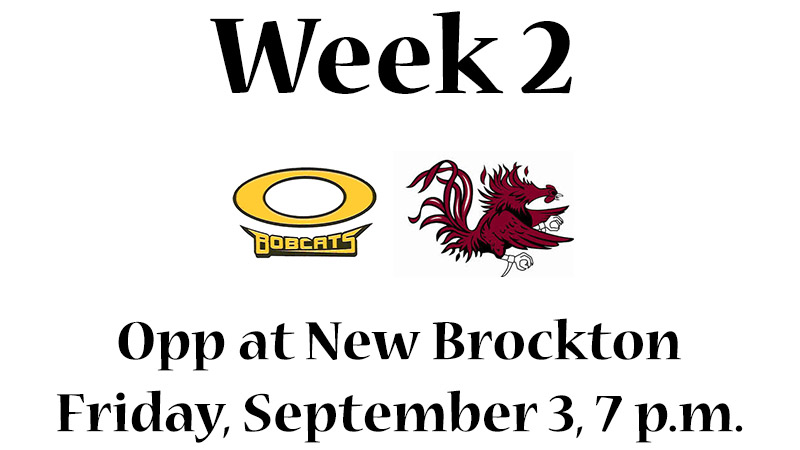 OHS has taken the field only once this year and suffered a 33-28 setback to Elba last week. NBHS plays at home for the third consecutive time and comes into the first region contest following a 40-8 rout over Georgiana.

Head Coach Mike Dubose said the Gamecocks were good and would be much improved from last year.

“Coach (Zack) Holmes has done a great job with them. They’re a big, physical team with a great quarterback (Kaden Cupp). They try to find a lot of different ways to keep the ball in his hands. They have great schemes doing that and are physical on defense with some different looks than what we’re used to seeing from other folks in the past. They are very well-coached and just a fundamentally sound, physical football team.” Cupp was 5-of-10 passing for 152 yards and two touchdowns and rushed for 63 yards and another score in the win over GHS.

Dubose added Opp will need to play a much better game this week and will need to make adjustments against New Brockton.

He said, “We’re excited about playing them in the second game of the season. I think it set us back a little bit from not playing Geneva to start the year, but hopefully, we will make our biggest improvements going from the first game to the second game. I’m anxious to see us play, but it is a very important game for us. Everybody knows anytime you go on the road, it is always difficult no matter who you play.”

Holmes is in his third season with New Brockton and fifth year overall. He is 8-13 since joining NBHS in 2019 and has a 14-26 record after a two-year stint at Sumiton Christian. OHS hosted the inaugural meeting between the two teams in 2020 and won 43-16 at home.