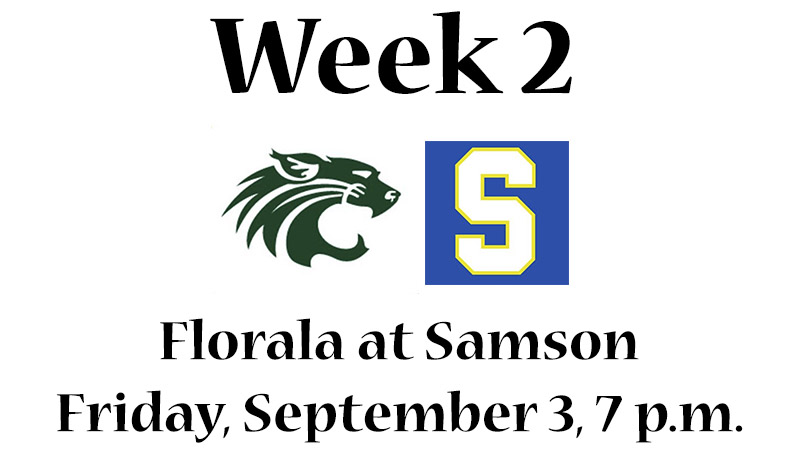 The Tigers went to Cottonwood last week and dropped their first road game, 28-14. The Wildcats were also on the road at Houston County and nearly overcame a 21-0 first-half deficit before falling short, 21-12.

“It will be a great challenge for us, but I believe our guys will be ready.” Littleton added that it is always exciting getting into region play. “Everything amps up a little, and I expect everyone will be a little more locked in.”

It will be a reunion for Littleton, who previously coached at Samson from 2015 to 2017.

“It really means a lot and is a very special game to me personally. Samson was a very special place to us, and we still have a lot of friends there that are like family to us. They always will be,” he said.

Littleton said it was special to be a part of Samson’s only three consecutive playoff trips in school history, but for now, the focus has to be on Florala.

“Once the whistle blows and the game starts, it’s not about me. It’s about the players, and we are going to do everything we can to put our players in a position to win.”

Jason Wambles took over in 2018 and has a 15-17 mark in his fourth season with the Tigers. Wambles is 50-78 in his 13th year overall after coaching at Kinston and Excel.