Silcox seeks first win with PHS on road to Georgiana 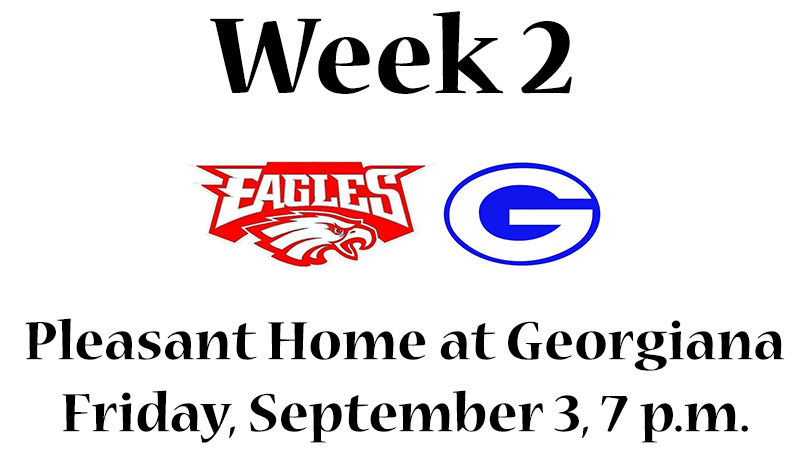 The Eagles last played two weeks ago against Straughn and fell short, 42-6. The Panthers have two losses under their belts including last week’s 40-8 setback at New Brockton.

Head Coach Jeremy Silcox said Georgiana would be a great challenge for his team and one they look forward to.

“This makes several times that we have traveled up there due to region turnover and our concession stand having to be built last year. Georgiana is always very inviting, and we look forward to traveling up there. They have a new coach in Coach (Berry) Bess, who is doing an excellent job. They have a big tall receiver, and in my opinion, one of the best defensive linemen we will see.”

Silcox added the Eagles are excited to get region play started. He said, “Straughn gave us a great look at some weaknesses and components that needed to be fixed. Every game counts toward the playoffs in what is a very tough region. I want to see our guys come out, play with class, discipline, and execute well.”

The open week allowed PHS a chance to focus on what lies ahead.

“Our guys are excited to move into region play, and I believe their mindset is where it needs to be. We should actually have a few more guys at our disposal we did not have in Week 0. This is an ever-changing dynamic and just part of the world we live in today. We have to adjust, adapt, and utilize the kids we have the best way possible. We are just taking the season one day at a time,” Silcox said.

Like Silcox, Bess is also in his first year as a head coach. The two teams meet for the 12th straight season dating back to 2010. Pleasant Home won the first three matchups, but Georgiana has won the last eight in the series. The Panthers have outscored the Eagles 413-159 in the previous 11 meetings including a 42-13 home win in 2020.