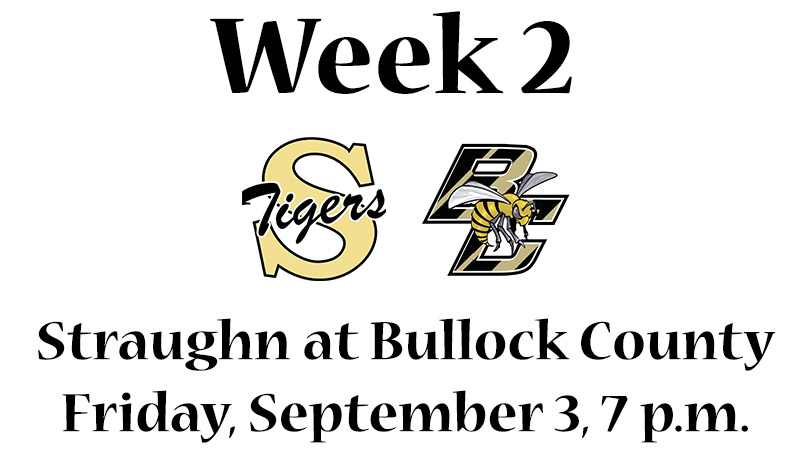 The Tigers have been in the confines of Covington County but now face a lengthy road trip to Union Springs. SHS won a rivalry game last week at Red Level, 38-2, while BCHS received a forfeit win against Central-Hayneville. The Hornets lost their season opener two weeks ago at Notasulga, 39-6.

Head Coach Ashley Kilcrease shared his thoughts on the long road trip for the team’s first region game of the season.

He said, “I guess the good thing is we have been on the road for the first two weeks, so the kids know our expectations and how to respond. Granted, this is a lot further, but still, the process will be the same.”

Despite not playing for the last two weeks, BCHS will not be a pushover by any means.

“They are 1-1 and won a forfeited game this past week due to COVID. They are really big and have good athletes, so we will have to play well,” he said.

Kilcrease, who is in his sixth year overall as a head coach, spoke about visiting Bullock County for the first time.

“I will call other coaches who have been up there and talk with them to get a good feel on what we should expect as far as dressing rooms, field conditions, and such.”

Derrick Levett leads Bullock County in his first year as a head coach. Levett has been an assistant coach for a number of programs since 2007.

The two teams meet for the sixth time overall dating back to the 2010 season. Straughn has dominated the series 5-0 with an 87-20 scoring edge in two prior contests at Bullock County. The Tigers have a big scoring edge, 206-68, over the Hornets. Last year, SHS rallied from a 14-8 home deficit for a 26-14 win over BCHS to keep their undefeated streak alive.