Lee sworn in as vice-president of public retiree association

Joseph “Buck” Burrell Lee Jr. of Red Level has taken his oath of office to serve as the South Region Vice President of ARSEA/APEAL, a statewide organization that represents current and future state and local government retirees. 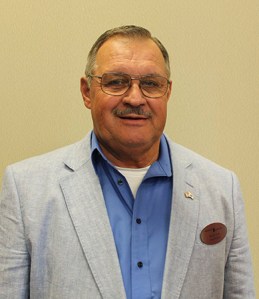 Lee retired from the State Military Department Dannelly Field Fire Department in 2017 with 29 years of combined service, which includes his work for the Department of Transportation, Conecuh County, and the City of Andalusia Fire Department.

He has also served on the board of the Alabama Association of Volunteer Fire Departments.

“Buck Lee has been a strong presence in our organization since his retirement, and he has proven to be an able and capable leader in the posts he has held,” ARSEA/APEAL Executive Director Liane Kelly said. “Because our members have careers in public service, we are fortunate that they are willing to continue serving others as officers in our association.”

Prior to his election as Vice President South, Lee held a seat on the ARSEA/APEAL board of directors as the representative for District 7.

The Alabama Retired State Employees’ Association is an 19,000 member not-for-profit organization created to protect and improve the retirement benefits of state and local government employees and retirees participating in the Retirement Systems of Alabama.