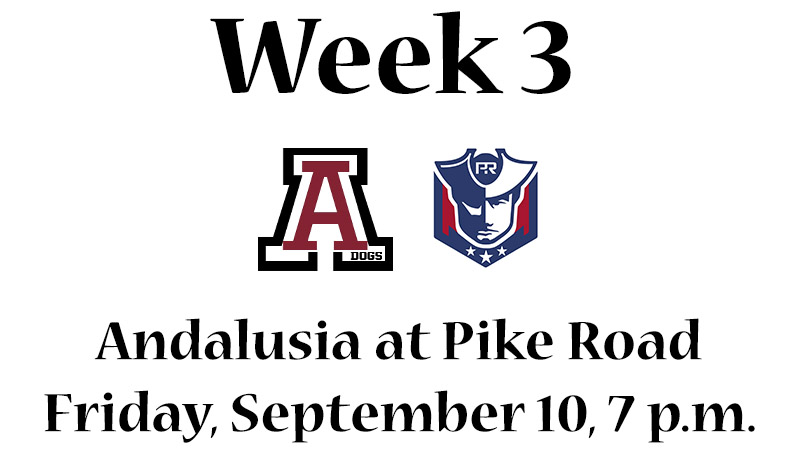 Region play got off to a roaring start for both teams last time out. The Bulldogs celebrated Senior Night with a dominating performance over Rehobeth, 45-6. The Patriots dispatched Carroll, 42-7, in a Thursday night game.

Head Coach Trent Taylor stated his team played well on all three facets of the game and got off to a quick start last week.

He said, “They were 2-0 coming in and had a lot of confidence. I think we did some things early on to take that away from them a little bit, and it started with the opening kickoff. We had some big plays on both sides of the ball.”

He added that Pike Road is probably the most talented team in the state in any classification with the exception of 7A Thompson.

“They have tremendous athletes on the offensive side of the ball. Their quarterback is probably the best athlete in high school football. Defensively, they have one of the best defensive linemen I’ve ever coached against. They’re super, super talented and it’s not that the other guys aren’t, but those guys stand out.”

With as much success as the Patriots have had, they have missed their starting running back. Taylor and his staff expect him to play Friday night. “He has been nursing a hamstring injury but is getting offers from all over the place.”

For those inquiring about the Bulldogs’ difficult schedule, nothing could be done this week. “It just so happened where they were placed in our region, and it is what it is,” he said.

PRHS, which made the jump from 3A to 5A, restarted its football program in 2018 following an 85-year hiatus. Patrick Browning has a 31-7 career record in four years of coaching.