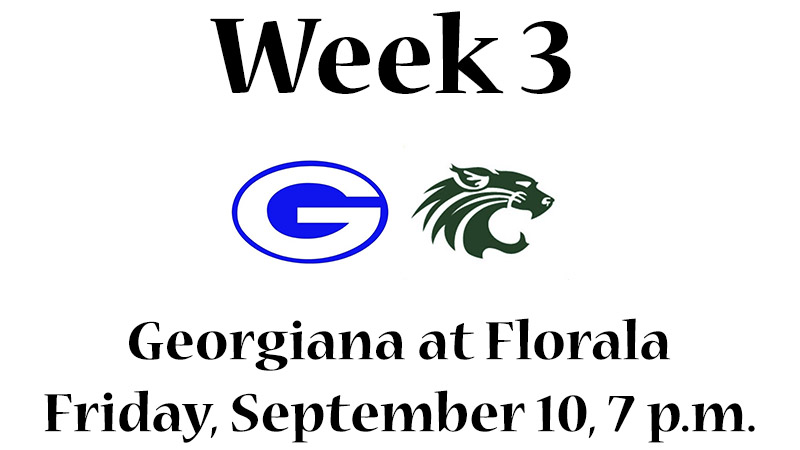 Region play did not get off on the right foot for either team last week. The Wildcats fell behind early at Samson and dropped a tough one, 30-20. The Panthers were worn out after coming up short to Pleasant Home, 26-20, in five overtimes.

Head Coach Chris Littleton shared his final thoughts of SHS. He said, “Samson is a very strong physical veteran team. Hats off to them, but we have to do a better job of sustaining drives, getting the ball into the hands of our playmakers, and getting off the field on defense.”

Littleton added they have a plan to improve those things going into the next game.

“We have been working to develop more consistency offensively and get our playmakers the ball more and in different ways. I always hate to lose, but if we can learn from it as a team and a staff, then we can use it to help us be better going forward.”

Florala will face a very athletic football team in Georgiana. “They were in a very intense game this past week that they lost in five overtimes, and I am sure they will be coming in here hungry for a win just like we are. Region standings are still wide open, and this could be a big game for both teams in that aspect,” Littleton said.

Berry Bess is in his first year as a head coach with an 0-3 record to this point.

The two teams lock horns for the 41st time dating back to 1930 as GHS maintains a 24-16 lead over FHS. The Panthers have a 940-689 scoring edge, but the Wildcats have won two in a row and scored 72 points in the process.