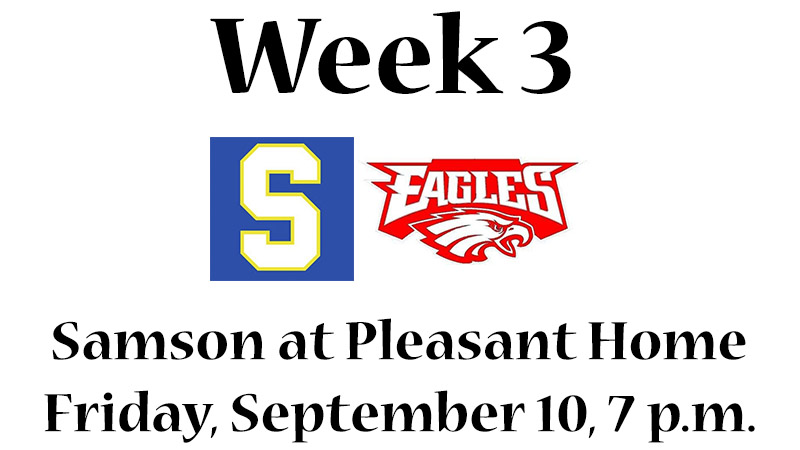 “I am just proud of our guys and that we could get a win for them and the school. They have put the work in and are buying into what we are doing. To be able to get the win with these guys means the world to me,” Silcox said.

The Eagles knocked off the Panthers in a five-overtime thriller, 26-20. The Tigers have alternated wins and losses each week and picked up a 30-20 win over Florala last week.

Silcox added the win was not as important as how the win came about. “The team was faced with adversity and had every opportunity to give up or turn on one another, but they never did that. They rallied around one another and showed great maturity and leadership skills.”

When asked about facing Samson this week, he stated his team would face a big, physical team with several good ball carriers.

“They will be disciplined on both sides of the ball. I expect it to be another battle of attrition. Coach (Jason) Wambles will have his guys ready to play for sure,” he said.

Wambles is in his 13th year of coaching with a 51-78 overall record. His record in four years with Samson stands at 16-17.

The two teams square off for the 10th time dating back to 2006. The Eagles won the first three games in the series, but the Tigers have a slight 5-4 edge. SHS has a narrow 155-142 scoring edge over PHS in the previous nine meetings.

Samson squeaked by Pleasant Home in a defensive struggle at home last year, 12-7.