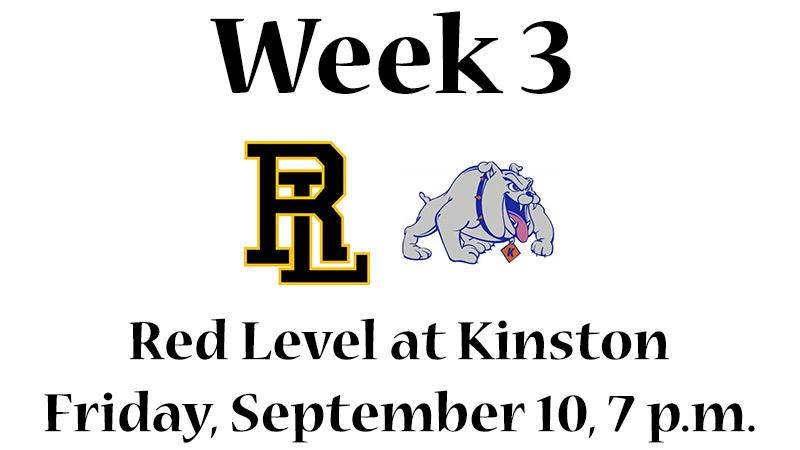 RLS took down region rival McKenzie last week at home, 34-24. KHS was not as fortunate and dropped a 34-0 contest at Brantley.

Head Coach Kenny Skipper said any region win is a big win, but it was different last week.

“It has always been a big rivalry with McKenzie because we are so close together, and it was a big win for the program. We have a lot of young guys we have some questions about, and they stepped up and played really well. We did a lot of good things, and they’re excited to be 1-0 in the region.”

He added the importance of starting region play in front. He said, “We play in such a good region that it’s good to start 1-0 and not get ourselves in that 0-3 or 1-2 hole early. Winning against McKenzie was big because they have a good team and will win a lot of football games this year.”

Skipper stated Kinston would be a good team and show some different things on offense.

“It’s not really complicated, and they do some Notre Dame box and single wing that can give you fits if you don’t line up to it right. We are going to make sure our guys are lining up where we’re supposed to be and playing fast,” he said.

Rudy Free leads Kinston for the third straight year with a 6-16 record and is in his sixth season with a 13-39 overall record.