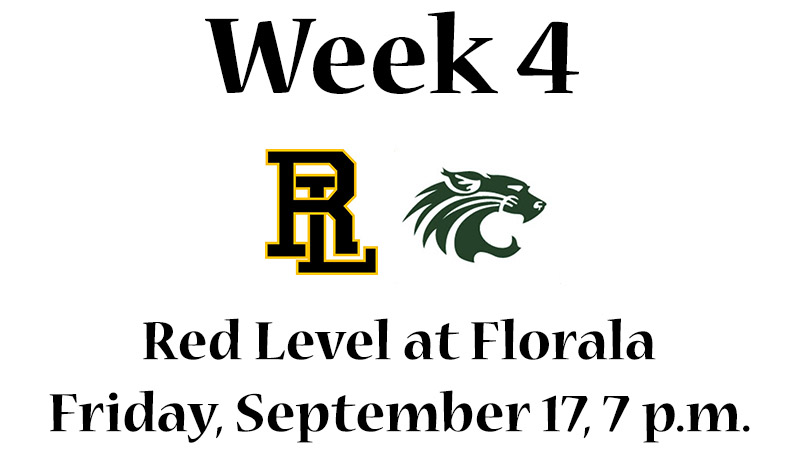 The Wildcats won their first game last week, 41-14, against Georgiana at home. The Tigers made the trip to Kinston but fell 27-6.

FHS Head Coach Chris Littleton had some great takeaways from the win. “It was big for us, and a lot of our guys really stepped up to have a great night. Connor Greer had a really good night throwing the ball. He was 12-of-16 for 183 yards and four touchdowns. Austin Howell had a big night with 6 rushes for 106 yards and a touchdown to go with 4 catches for 102 yards and two touchdowns. Colby Strickland and Zane Weeks also had receiving touchdowns, and Johan Zamora had a rushing score. Our defense played lights out,” he said.

RLS Head Coach Kenny Skipper said his team could not get a rhythm going on offense against Kinston. “We had some miscues and turnovers, but you can’t do that and win. We turned it over four times and had the ball down in the red zone but couldn’t punch it in. The score really didn’t indicate how close of a game it was as it was 7-0 before halftime. It was one of those nights where the ball wasn’t bouncing our way.”

Littleton and Skipper are both excited about this week’s matchup. “It’s a big rival game for us and more importantly a big region game that could really put us in the right side of the region standings with a win. Our guys know what’s at stake, and I expect a great week of practice,” Littleton said.

Skipper added they are excited just to have the opportunity to play. He said, “With everything going on today, you have to take advantage of every time you get. You never know when you will get shut down for a few weeks, but Florala has a good team. I feel like it should be a pretty good game Friday night.”

Littleton stated that Red Level has a very good football team. “They are very well-coached and have great size and athletic ability. They are big up front, and their quarterback and running backs have a lot of ability to create plays. It will be a challenge, but it’s a challenge we are looking forward to,” he said.

Skipper credited Littleton for doing a great job at Florala. “They do a lot of different things on offense and are in multiple fronts on defense. We will get the guys ready to play and get better this week to put a good product out there Friday.”

The two rivals meet for the 67th time dating back to the first matchup exactly 100 years ago. Florala has a 38-28 lead and 1,523-1,137 scoring edge in the series. Red Level looks to snap a four-game losing streak.