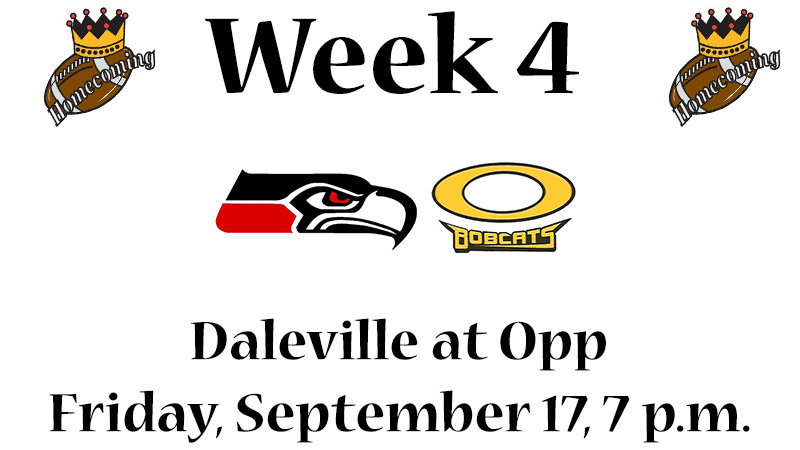 The Bobcats thumped Houston Academy, 49-21, in front of the home crowd for the first time this season last week. The Warhawks were also at home but not as fortunate and dropped a tough game to New Brockton, 45-20.

This will mark the 24th time the two teams have met after first playing in 1982. DHS has a 12-11 series lead, but OHS has the scoring edge of 497-453. The Bobcats have won four of the last five contests, as the lone win for the Warhawks during that span came in the 2017 season.

Opp won a 54-6 thumping in Daleville a season ago.