Straughn takes perfect record on the road to Montgomery against St. James 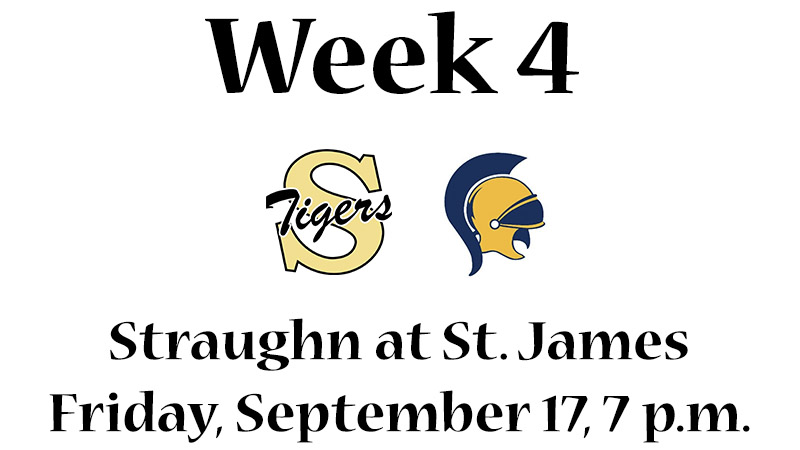 SHS played its first home game last week and started strong to defeat Ashford, 42-20. STJ also had a big first half and scored 27 points in the first quarter en route to a big win at Bullock County, 40-23.

Head Coach Ashley Kilcrease said the Tigers had to change up their game last week against the Yellow Jackets, but he was pleased with their start. SHS had a 28-0 halftime lead over AHS.

“I thought the first half was the best half of football we have played especially on the defensive side. I thought we did a good job on offense throwing the football. They were taking the run away, and we were able to make things happen in the passing game.”

The road has become a norm for Straughn this season as the Tigers play away from home for the fourth time in five weeks. Kilcrease said, “We are familiar with road trips. We will treat this week like we did with Bullock County.”

The Trojans will present a challenge. “They are very well-coached and have a very talented football team. They return basically everyone from last year. Our guys are excited about the opportunity this week,” he added.

The two teams first met in 2010 and go head-to-head for the eighth time. Straughn won the first-ever matchup at home, 30-27, but St. James has won every contest since to build a 6-1 series lead. STJ has a 193-62 scoring edge over SHS including a 67-7 mark at home. Both teams have faced each other in region play five times prior to this year.