Ollie Bell Landrum passed away on Sept. 18, 2021 in Andalusia at her home surrounded by family. She was born in Birmingham on March 15, 1933 to the late Bishop John B. Mason and Missionary Willie Mason. 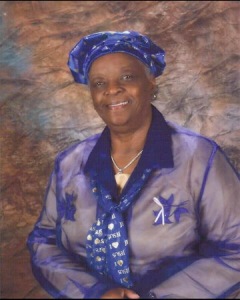 Bell’s parents were the first African-Americans who built, owned, and operated a nursing home facility, The William Christian Old Folks Home (1948), in south Alabama. Bell worked at the facility as a CNA and in any other areas for the success of the family business.

Bell was a lifelong member of the Church of The Living God, CWFF Temple #38. She served as the Sunday school superintendent for over 35 years and helped in many other auxiliaries in the church such as teaching Sunday school, missionary work, and National Women’s Work Ministry to name a few. She was a good and faithful servant.

She enjoyed western movies and shows, fresh water fishing, playing the violin, reading and studying the Bible, cooking, traveling the world with her daughter, playing Chinese checkers, and spending time with her family, especially her grandchildren.

She was preceded in death by her husband, C.B. Landrum Sr.; daughter, Nancy Willis; and grandson, Gurminder Singh.

Her favorite scripture was “This is the day that the Lord has made; let us rejoice and be glad in it.” Psalm 118:24