Eagles head south to Orange Beach for first ever meeting 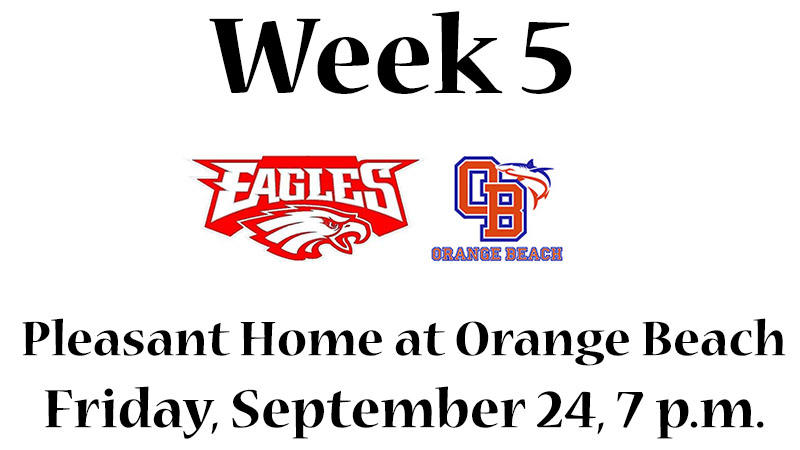 The Eagles had a difficult time at home last week and fell in region play to Brantley, 53-0. The Makos faced Greene County and picked up a 39-12 win.

“We were looking for a week 5 game, and it worked out to where Orange Beach needed a home game, and we were able to travel. Orange Beach is a new school in the Baldwin County Schools district. They are well-coached and play a physical brand of football. They have several solid ballplayers. We expect a hard-fought game and hope to take several steps forward in what I consider to be a new season with five games remaining,” Silcox stated.

He added the last five contests for the Eagles will go a long way to deciding the status in their region. “We have really good kids who are working hard, and now, we just have to bring it all together. We have a really tough schedule from top to bottom, and I look forward to seeing how our kids respond after playing Brantley.”

Chase Smith is in his second season at OBHS and third year as a head coach with an 8-16 record. He previously served one year at Robertsdale in 2018.

This year’s contest will be the first-ever meeting between Pleasant Home and Orange Beach. The Makos began their first season of varsity football in 2020 and have a school record of 6-8 entering this week.