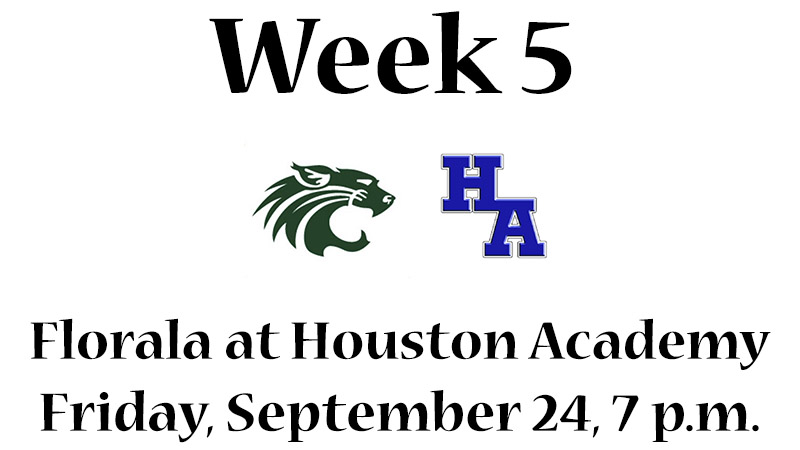 It will be the second long road trip of the season for the Wildcats after going to Houston County in the first game. FHS hosted Red Level in a critical region rivalry game last week and came out on top, 14-0. HA also had a big region win and took down Slocomb, 35-25.

Head Coach Chris Littleton said it is always good to get a win especially a big region win against an in-county rival.

“Red Level is a very well-coached physical football team that is much improved, and they gave us a great challenge. Rayshon Coleman and John Howell really stepped up on defense. Johan Zamora, Zane Weeks, and Connor Green led the way on offense.”

Littleton feels Florala’s opponent this week is a very good football team. He stated, “They will be the toughest challenge we have had to this point. They are coming off a big win over Slocomb, and they seem to be clicking on both sides of the ball right now.”

The Wildcats and Raiders play for the 10th time and first met during the 1992 season. Florala lost the first two games of the series but has won six of seven for a 6-3 lead and 350-212 scoring edge. The lone win for Houston Academy in that span came on the road in 2018.

“Playing a larger private school that has a lot more players and resources than us is definitely a big challenge, but we look forward to facing it. This gives us an opportunity to see how we measure up and helps us see what things we need to continue to improve on,” Littleton added.

Last season’s game was a thriller as FHS earned a last-second win over HA, 40-35.