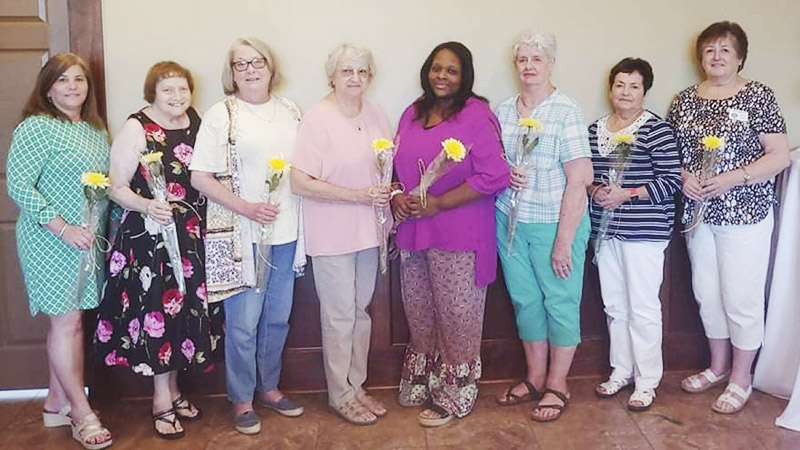 The Pilot Club of Andalusia has been in existence since 1947, but Pilot International is reaching the milestone of 100 years of friendship and service in clubs and countries in America and around the world.

The first meeting of Pilot International was held on October 18, 1921, in Macon, Georgia. The establishment of this organization was the idea of Elizabeth Leonard. She and forty local businesswomen signed the charter. The name “Pilot” was inspired by the mighty riverboat pilots of that day who represented leadership and guidance. 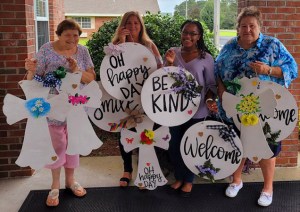 Members of the local Pilot Club chapter made door hangers for Andalusia Manor residents as one of their many community service projects.

A few facts about Pilot International:

Pilot International’s mission is to influence positive change in communities throughout the world. To do this, we come together in friendship and service focusing on encouraging brain safety and health and supporting those who care for others.

The Pilot Club of Andalusia will be celebrating this 100-year milestone on a local level by touching 100 lives. Several members of this club made and delivered door hangers for each resident of Andalusia Manor. We will also be making fidget blankets later in the year.

For more information about the Pilot Club of Andalusia please visit our club’s Facebook page or contact club president, Mary Alyce Outlaw, at 334-488-9400. The Pilot Club is seeking new members who wish to join a great organization of friendship and service to make an impact not only in their local community but also in the world. You can also visit our international website at www.pilotinternational.org.