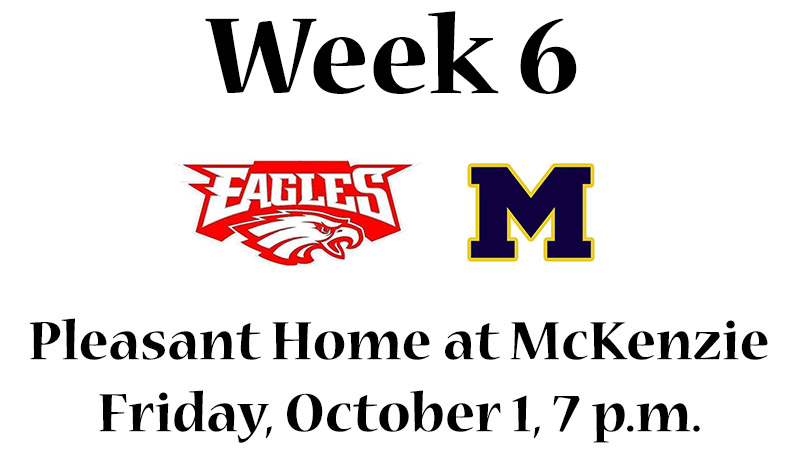 Head Coach Jeremy Silcox hopes the Eagles start the month of October on the right foot. He said, “We just need to put the Orange Beach game behind us. We look to practice better this week and have a lot to improve on.”

Pleasant Home is well aware of the challenge this week’s opponent brings to the table.

“McKenzie is well-coached, and they have some playmakers on every level. They are right in the mix for a playoff spot.”

Each game from this point will be vital to the final region standings and playoff seeding.

Silcox explained, “Right now, it is a battle for playoff spots. Getting a win this week is critical for both teams. This can also be huge for momentum in the back half of the schedule.” PHS has been shut out in its last three games since a five-overtime win at Georgiana in the second contest of the year.

The two teams will collide for the 18th straight season after they first met in 2004. The Tigers have an 11-6 lead in the series and have outscored the Eagles, 553-323.

Drew Luker comes into the game with a 10-6 mark in his second year at MHS.

McKenzie was victorious on the road last year and routed Pleasant Home, 40-7.