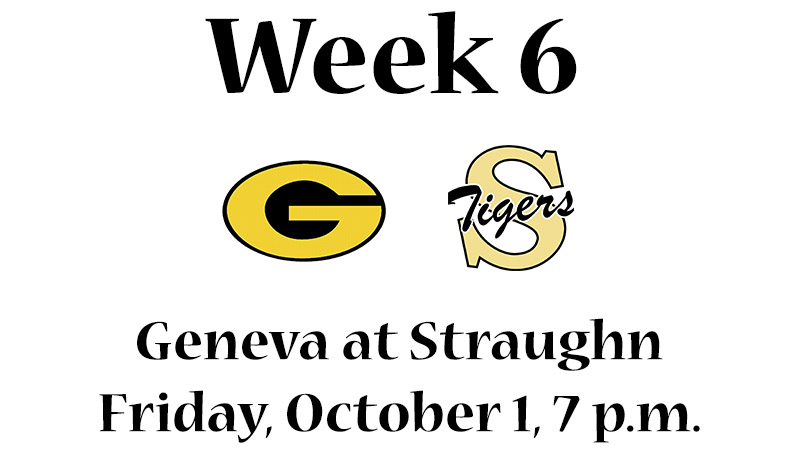 Head Coach Ashley Kilcrease felt like the last game did not go according to plan for the Tigers.

As they shift attention back to region play, this week will be the first of three straight home games.

He stated, “Geneva is 4-2 like us and very well-coached. Les Sanders always does a really good job and will have his guys ready to play.”

Kilcrease added they are grateful to play in front of the home crowd again. “We are excited to get home for a stretch of games. We have a great home-field advantage and look forward to using it.”

The two region foes match up for the 13th time this year after first playing each other in 2004. Geneva has the leg up with an 8-4 record against Straughn and also has a 300-261 scoring edge. GHS has rallied in the final minute of the fourth quarter each of the last two seasons and won by five both times.

Sanders comes into the contest with a 34-33 record in his seventh year and a 74-53 mark in 12 seasons after a previous stint at Luverne.

The Panthers defended their home field and escaped with a 26-21 win over the Tigers in 2020.