Zavier Hamilton got the Bulldogs (5-2, 3-1 5A Region 2) on the board first with a 26-yard run for a 6-0 lead with 47 seconds left in the opening quarter. After the Rams (2-5, 0-3) coughed up the ball, Burnette scored his first touchdown of the night from 18 yards out. Omare Lattimer added the two-point conversion for a 14-0 lead. Burnette found the end zone again halfway through the second quarter with a 3-yard run. Cole Morgan added the PAT and built the lead to 21-0. Burnette tacked on a 9-yard touchdown just before halftime as Andalusia led 28-0. 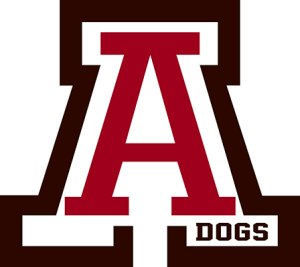 Lattimer had the only score of the third quarter with a 51-yard dash to pay dirt as AHS stretched its margin to 35-0. Zade Newton began the final quarter with a 19-yard touchdown, but the point after was no good keeping the score 41-0 with 11:13 to go in the game. Headland avoided the shutout with a tackle in the end zone and scored a safety.

The Bulldogs racked up 432 total yards with 304 rushing and 128 passing while the defense allowed the Rams 162. Ayden Amis finished 5-of-9 passing for 83 yards. Burnette closed the night with 13 carries for 182 yards. Zavier Hamilton and Kaden Denson each added a reception for 33 yards. Newton led AHS with 4 tackles as five other players were close behind with 3.5 tackles.

Andalusia will host Crestview (3-3) in a non-region contest next week.