Charles Richard Scott, “Scotty,” went home to be with the Lord on Tuesday, September 28, 2021. Born on March 1, 1950, to Lawrence and Olive Scott, Scotty was the youngest son with siblings Barbara Murray, Elizabeth Wiedner, Billy Scott (Diane), and Peggy Reuschling (Joe).

He served in the United States Army from 1970-1972 and then returned home to forge a career as a steel haul supply boat Captain for oil rigs in the Gulf of Mexico. 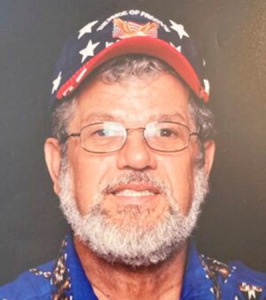 In his spare time, Scotty loved to fish and prepare all things Cajun-style seafood. In August of 2000, he met the love of his life, Patsy Kaye, and they married the next June.

Scotty is survived by his wife of 20 years, Patsy, a daughter, Melinda Scott Dougans, and four extra special blessings, Christopher, Santina, Amber, and Noah. He was the proud grandfather to Lexii, Carly, Logan, Cailin, Madison, Morgan, London, and great-granddaughter Nevaeh.

Keahey Funeral Home of Andalusia is entrusted with arrangements.

A memorial service will be held at Carolina Baptist Church on Saturday, October 2, 2021, at 1 p.m. with Reverend Garrett Davis officiating. Flowers will be accepted, or donations may be made to the charity of your choice.