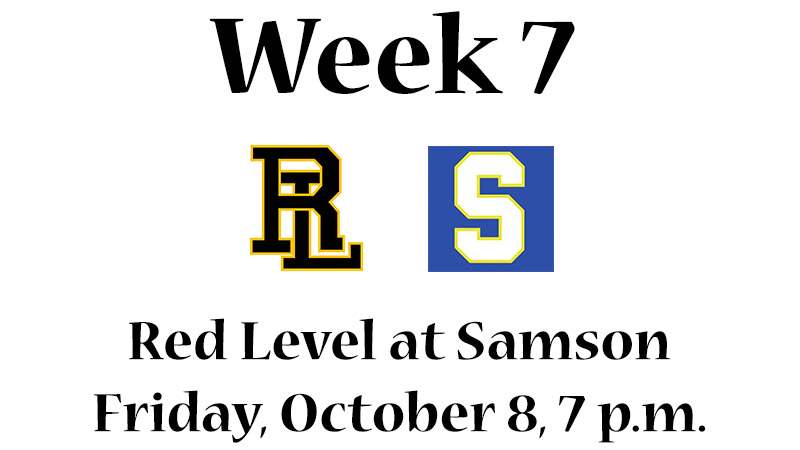 RLS enters the game off a 22-14 win at Georgiana last week. SHS dropped its first region contest of the season at Brantley, 46-18.

Head Coach Kenny Skipper said Red Level played really well on both sides of the ball at Georgiana. “We gave up one or two big plays on defense and put it together on offense. We were able to move the ball and had some guys step up.”

Personnel changes for the Tigers made a difference against the Panthers.

“We used Javen Poindexter at quarterback for the first time, and he did a fantastic job. We also moved other guys around in different areas. Malikye Wright played safety and did a really good job for us with one out sick. It was just a big team win for us,” he said.

Samson will make for a quality opponent. “Their quarterback and running back do some really good things. They are tough to tackle, and we want to make sure we do a better job of tackling in an open field. They get after it on defense,” he said.

To have a similar outcome, Skipper hopes for another good game. He stated, “We have our work cut out for us but hope to win two of these next three games and give us a chance to be in the playoffs.”