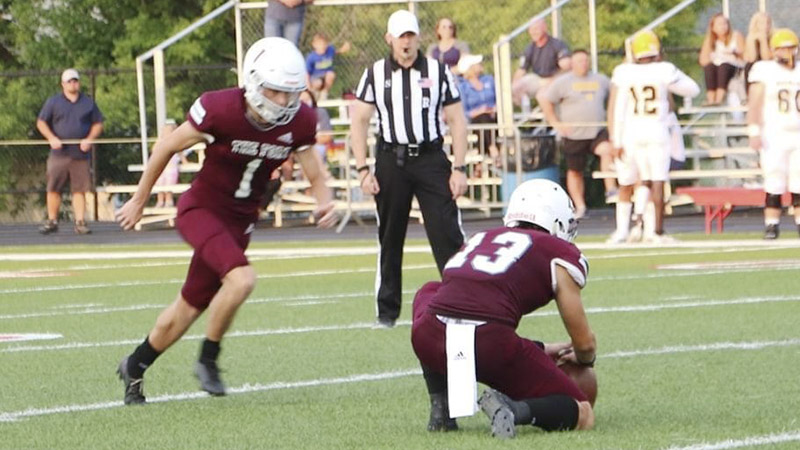 The former Andalusia Bulldog kicker is in his first year at Fort Scott Community College in Kansas. “I enjoy how close my teammates and I have gotten and how much progress we’ve made from the beginning of the season to now,” Theus said.

Theus totaled 11 points for the Greyhounds in a Homecoming win over RPA College, 43-0, Saturday, Oct. 9. He had 334 kickoff yards and three touchbacks. He also added three punts for 122 yards for an average of 40.7 yards with his longest at 62 yards. He also went 5-for-5 on extra points and 2-for-4 on field goals. Theus is tied for the conference lead in field goals made this season.

He is 7-of-14 on the year in field goal attempts and 12-of-14 in PAT attempts. His longest successful field goal was a 50-yarder in a Saturday, Oct. 2 matchup against Dodge City CC. Theus has scored 33 points overall for FSCC in 2021. Being a successful kicker is important to him. He said, “This will give me an opportunity to play at the next level next fall.”