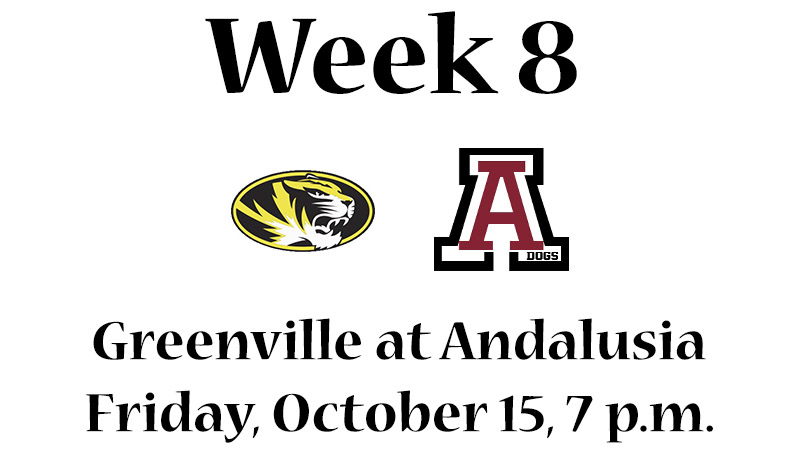 AHS came up short to Crestview last week at home, 27-21. GHS downed Carroll, 20-7. This will be a pivotal region contest for both teams as Greenville sits in second place while Andalusia is just a game behind in third.

Head Coach Trent Taylor said the Bulldogs did some good things against Crestview. “Unfortunately, we didn’t make the plays we needed to at the end, and that’s on me. We have to be able to make those plays in crunch time and didn’t do it.”

This contest has a lot riding on the final outcome and will help make the playoff picture clearer.

“Greenville has lost one game on the year. I’m not sure but think they are highly ranked and deservedly so. They’re playing with a lot of confidence right now, and it will be a tough one,” Taylor added.

The only loss for GHS came in a non-region contest at home to 6A Wetumpka, 28-8. Josh McLendon holds a 46-28 record in his seventh year with the school and is 64-33 overall in nine seasons as a head coach.

Andalusia snapped a 16-game losing streak to Greenville with a 27-0 road win last year and won its first game in the series since 1983.