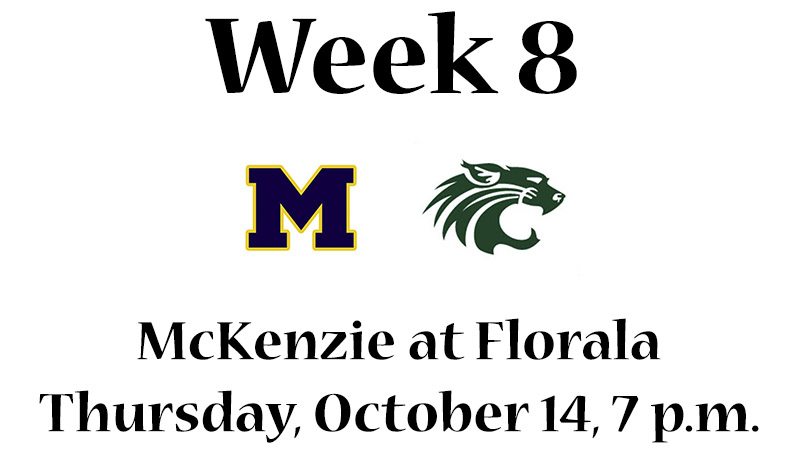 The Wildcats rallied last week for a crucial region win at Pleasant Home, 19-12. The Tigers took down Kinston on their home field, 26-15.

Head Coach Chris Littleton feels his team still has a long way to go. He said, “We put ourselves in some tough situations, but I’m proud of how the players battled back and finished the game. Hats off to Pleasant Home who played inspired at home and had a good game plan.”

According to Littleton, McKenzie is very athletic and very physical. “They are very well-coached and are really playing their best ball of the year right now,” he said. “We are going to be ready though, and I believe our kids are looking forward to this big matchup.”

He added that he and his coaching staff talk to the players all the time about remaining focused.

“I felt like when we faced adversity last night late in the game, we did a better job of focusing on assignments. I also feel like a lack of focus early put us in a tough situation late, and we were fortunate to be able to make the needed plays to win the game. We have to be better focused this week to have a chance to win against a good McKenzie team,” he said.

The Tigers defeated the Wildcats last year in an offensive outburst, 51-38.