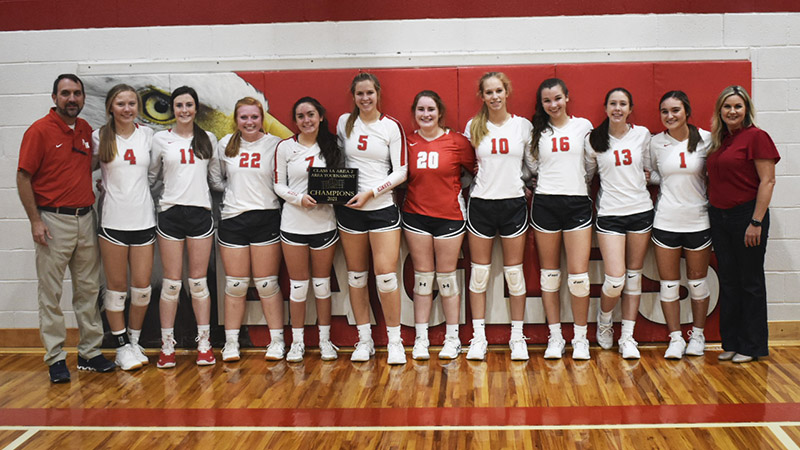 Pleasant Home won all six sets of the 1A Area 2 Tournament against Florala and Kinston for the area crown at home Thursday.

A kill by Hope Warthen and an ace from Lexi Straughan gave the Eagles (18-6) an early 2-0 lead in the opening set. Cheyenne Regan put the Wildcats (4-11) on the board with a block to make the score 4-1. Hailey Ward had an ace followed by a kill from Amy Garner as the lead grew to 7-2. Claire Woodham delivered a kill as FHS cut the deficit to 9-5. Ward notched three kills, and aces off Emily Taylor and Meredith Wilson propelled PHS to a 21-6 advantage. After a timeout, Wilson executed another ace while a kill by Ward closed out the set, 25-6. 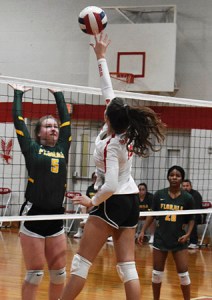 Florala’s Megan Odom, left, and Pleasant Home’s Hope Warthen battle one another at the net in a 1A Area 2 Tournament semifinal match.

PHS began the second set with a 2-0 margin, but Kyndra Anthony capped a four-point swing as FHS took a 4-2 lead. Following a service error, Ward was electric with nine aces including seven in a row. The 12-0 run gave the Eagles a 14-4 cushion. Regan blistered a kill as the Wildcats closed the gap back to single digits at 14-6. Pleasant Home then reeled off a 10-0 surge with two kills by Garner and one from Wilson. Jill Hawkins dialed up an ace for set point before a block off Regan. Anthony used an ace as Florala tallied its ninth point. Garner hit a thundering kill and ended the set, 25-9, for a commanding 2-0 lead. 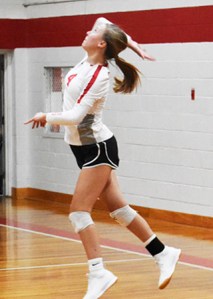 Meredith Wilson looks to make a big serve for the Eagles against Florala.

Two aces from Megan Odom coupled with another block by Regan gave Florala a 3-0 lead in the third set. Straughan brought Pleasant Home within one on an ace, and Garner broke even at 3-3 with a kill. Anthony added another kill as FHS regained a 5-3 margin. The two rivals continued to trade points as neither side led by more than a point. Chloe Russell made the score 9-8 before PHS grabbed momentum back and led 15-11. The Wildcats caught a break on a service error but then went cold again and trailed 20-13. Bailey Johnson knocked a kill to reach match point, and Garner served an ace for a 25-14 win. 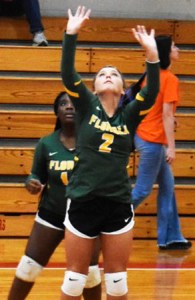 Claire Woodham prepares to set the ball for a Wildcat teammate during a play on offense.

Samson forced four sets in the second semi-final, but Kinston held on and reached the tournament title game with a 3-1 win. 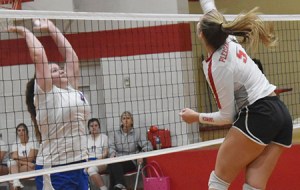 Both teams advance to the South Super Regional in Montgomery next week. Pleasant Home meets Area 6 runner-up Notasulga while Kinston battles Area 6 winner Autaugaville. Both matches are scheduled for Thursday, Oct. 21 at 11:30 a.m.