According to Covington County Sheriff Blake Turman, Thursday, Oct. 14, around 11 p.m., a white Ford Ranger was stolen from a local farm in the Babbie community.

Once the vehicle was discovered missing, the owner notified law enforcement immediately. Through interviews with the farm employees and record checks, a general location of where the vehicle may have been located was determined. 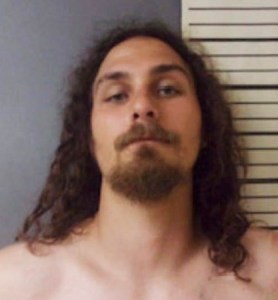 Around 10 a.m. Friday, Oct. 15, Captain Alan Syler spotted the vehicle in the Rose Hill community. Syler initiated a traffic stop and the suspect fled onto Good News Chapel Road and then down an unnamed logging road. The suspect drove the truck into several logs, rendering the vehicle inoperable and the vehicle became disabled. The suspect, later identified as Austin Parker, fled on foot into the recently clear-cut property.

The Covington County Sheriff’s Tracking team was called to the scene to assist. A perimeter was established to quickly contain the suspect. Once the K-9 team was on the ground, Parker was captured without further incident. Austin Cole Parker is currently incarcerated in the Covington County Jail. His bonds are as follows: receiving stolen property at $20,000; attempting to elude, $3000; and failure to appear, no bond.

“Our volunteers are important to help make this office a success and to help make Covington County a safe place. Additionally, with the holidays approaching and with the rising prices of fuel, I encourage everyone to take extra steps to secure their property. Leaving keys in vehicles is not a good idea. Lock up what you can,” Sheriff Turman said. “Most of all, look out for your neighbor. If you see something, say something.”