Volleyball county teams ready for next round 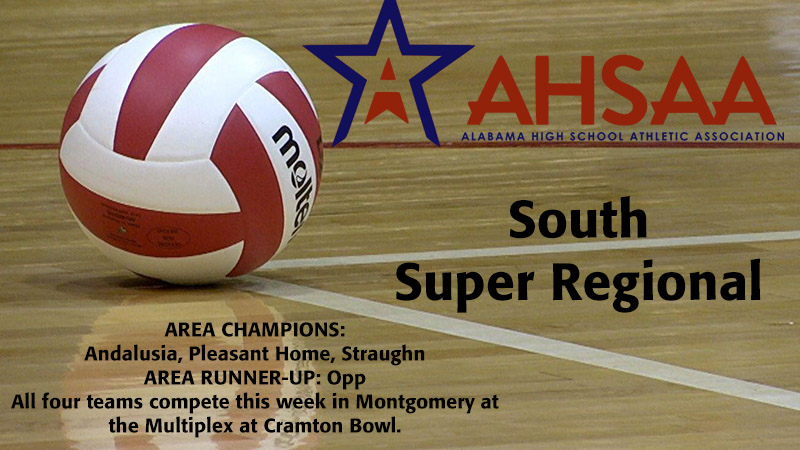 With volleyball area tournaments complete, four county teams are moving on to the next round of postseason action this week.

In each class, the winner and runner-up of each area tournament will compete in one of two super regional tournaments. All four county teams are in the AHSAA South Super Regional at the Multiplex at Cramton Bowl in Montgomery.

Three area champions and one runner-up will represent Covington County. Each super regional will use six courts, keeping the allotted 15 minutes between matches, and equitable playing time at each court for all tournament teams.

Play is single elimination with a 3-out-of-5 games format. Each area winner will play a runner-up from another area in the first round of the bracket.

Teams winning opening round matches advance to the quarterfinals, which are also scheduled for the first day in each classification.

The first four finishers in the South Super Regional will advance to the state tournament next week. A consolation match will be played to determine the third- and fourth-place teams on the second day of competition.

The Alabama High School Athletic Association requires tickets to be purchased online through GoFan at https://gofan.co/app/school/AHSAA. Tickets will not be sold at the gate.