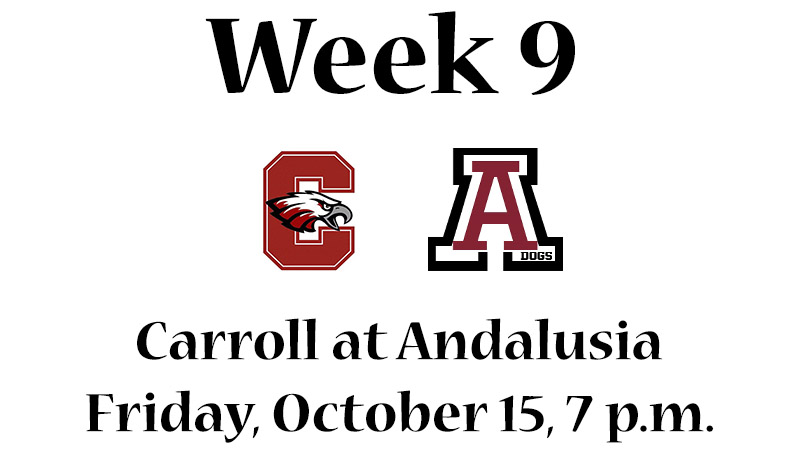 The Bulldogs overcame a 14-0 deficit last week but fell to Greenville, 28-20. The Eagles had a big win over Charles Henderson last time out, 52-22.

The winner of this week’s contest will finish as the three seed in the region, while the loser is four.

“They are very athletic and all four of their receivers have tremendous speed. Their quarterback will probably be the best one we’ve played all year to be quite honest. I would rank him with the kid from Fairhope as far as his football knowledge. He’s a really good runner and throws the football extremely well.”

According to Taylor, the Bulldogs will be facing a team going in a different direction. “Carroll is playing really well right now, which is the opposite of where we’re at,” he said.

Patrick Plott is in his 11th year as a head coach with a career record of 93-38. His previous stints prior to coming to Carroll were at Aliceville, Pickens County, Bullock County, and Greenville. Plott has a 7-11 mark in his second year with CHS.

Andalusia won the last time the two teams played on the field in 2011, 34-14. Carroll forfeited last year’s game due to the pandemic.