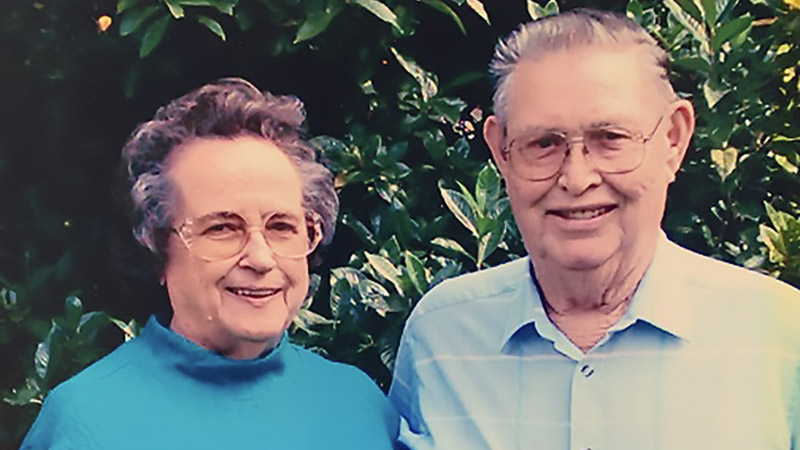 Doris was born in Opp and is a 1952 graduate of Opp High School. After graduation, she worked with the local telephone company as a telephone operator. She met Derrel when he came home on military leave from the Navy. At the time, he was stationed in Orange, Texas.

After a brief courtship, they married on Oct. 27, 1954, and moved to Orange, Texas, where they lived for about a year and a half.

Derrel was then deployed to the Philippines, where he served a total of 10 and a half years in the Navy.

Doris was a stay-at-home mother and Derrel retired from Southeastern Box Factory in 1992.

Together, Doris and Derrelhave 6 children, 19 grandchildren, and numerous great and great-great-grandchildren.

“At the time of our wedding we did not know what the future would hold, but one thing is for certain,” Derrel said. “The good Lord has been good to me and Annette and I will sign off, for now, saying, “Amen, Amen, and Amen.’”