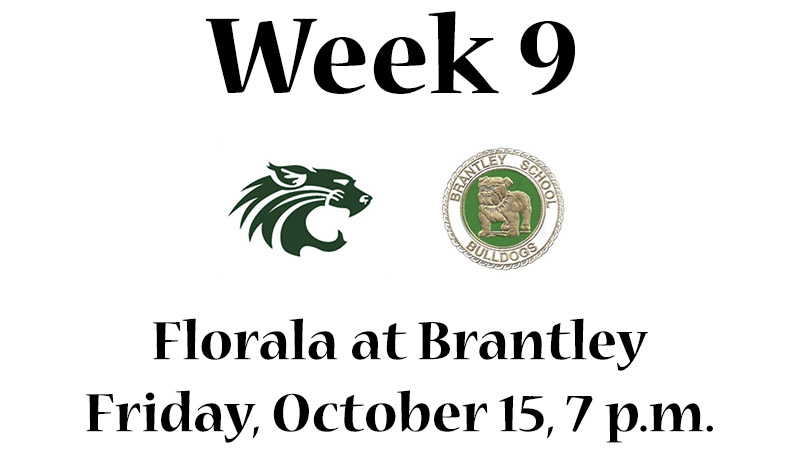 The Wildcats gave a strong effort last time out but came up short to McKenzie, 44-35. The Bulldogs won the region title at Red Level, 46-6.

“Our kids played hard, and I believe we played our best game of the year, but I think so did McKenzie,” Head Coach Chris Littleton said. “It’s tough to come up short in a game where the team gives great effort, but I believe we only grew as a team in this game.”

Littleton said they started only one senior and several freshmen. “The future is bright at Florala. Hats off to McKenzie, and they are playing their best ball at the right time.”

Brantley will be a great team for FHS to play, according to Littleton. “They are well-coached and have athletes all over the field. We had a great game with them last year, and they will be a big challenge. We want our kids to focus on preparation this week and on continued improvement,” he said.

While the season has been one filled with injuries, a lot of younger players have had the opportunity to compete. Littleton said Florala has continued to improve and learn. “We have several 9th graders who have gained a lot of experience and even have started an 8th grader at center. Tough times don’t last, but tough people do. This group is going to be special if they continue to work together.”

There were plenty of points in last year’s game as Brantley held off Florala, 53-36.